Review of Most Popular Online Games in 2020 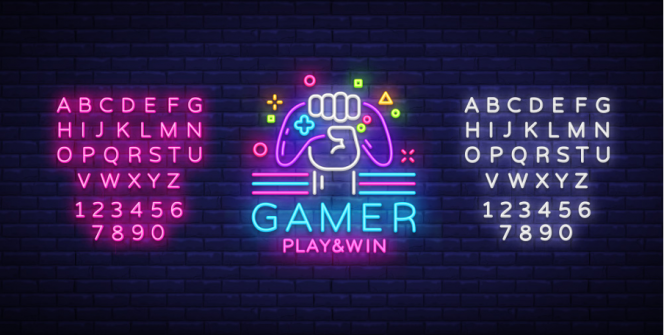 Believe it or not, but we’re now almost done with the first year of a new decade. Which means that we can safely start taking about some of the most popular games the year 2020 has brought to us. The previous decade was quite successful in the games department, bringing us some quite engaging and amazing titles. The Batman: Arkham series, Skyrim, Legend of Zelda: Breath of the Wild and the entire Witcher saga are just some of the titles worth mentioning.

However, since we’re stepping into the next decade, it’s high time that we talk about – and welcome – amazing new titles gaming companies have in store for us. With such a big expansion in the modern technology department, the games we’re presented with nowadays transcend single-platform gaming. Not only that, but the visuals and the story line development also got a new twist to them. That said, let’s see what are some of the most popular online games in 2020.

Regardless of the fact that LOL is almost ten years old, it still has quite an impressive following. With spectacular mode scene and competitive gameplay, League of Legends deserves to be at the top of the most popular online games in 2020. Another reason that this game made the cut is that the game developers are constantly working on improving it. Aside form the engaging content and well-thought-out gameplay, players are constantly presented with regular updates and fresh options. League of Legends is a so-called MOBA game. Here, players can control avatars which they can choose from a pool of pre-made characters. Players are divided into two groups and the point of the game is to manage to defeat your opponents with well-organized team play. To this day, LOL has well over 100 million active players.

Released on April 3rd, 2020, the Resident Evil 3 was made as a remake of the old-time favorite Resident Evil 3: Nemesis (1999). This survival horror video game offers both the single player and the multiplayer option. Single player option is great for any gamer looking to explore the main plotline of the game a bit further. However, the real fun lies in the multiplayer part. The multiplayer mode Resident Evil 3: Resistance is based on a team play. More specifically, 4 players are grouped in a team and their objective is to defeat evil “mastermind” who can place various challenges before them. The engaging gameplay, the gloomy atmosphere and the inevitable jump scares are the elements that set this title apart.

Again, even though Starburst wasn’t released this year, its place on the list is well-deserved. This incredible online slot game that takes players on the outer space adventure is among the most popular online slots. The majority of the most popular slot machines and games has one thing in common – aside from the engaging gameplay, they also offer amazing user interface. This beautifully designed arcade-themed game is the perfect blend of the nostalgia and modern technology. If you ever decide to try it out do know that it will suck you in right from the very first spin. With amazing bonuses and sleek design, you can nowadays even enjoy Starburst on the go. Thanks to modern technologies, this favorite game can now be enjoyed on mobile platforms as well.

All the gamers out there who used to enjoy FarmVIlle, The Sims and similar titles will surely find Animal Crossing: New Horizons more than interesting. This low-stress game allows players to relax and enjoy some quality screen time. This adorable game offers players the option to create and manage their own island village. Ad while the single player option has more than enough enticing content, the multiplayer is where it’s really at. With the multiplayer option, players can visit each other’s islands and exchange various goods and services. The best part is that you can actually visit your real-life friend’s island and see how they decided to shape it. The fact that this game came out during global pandemic made it even more popular, as plenty of people really struggled with social distancing.

Fall Guys is a game that came out on August 4th, 2020. The instant success this colorful, family-friendly title received is almost unheard of. The concept of Fall Guys is quite similar to extremely popular game shows, such as Takeshi’s Castle and Wipeout. Here, every player can customize their own jelly bean avatar. Once they do so, they need to finish up to five rounds of various obstacles while competing against other players. The last player that remains standing – no pun intended, or the first one to reach the finish is the winner. Of course, it’s quite easy to understand why this game became such an overnight success.

This online social deduction game – yes, you read that right, set in the space-themed environment. Here, players can take one of two roles, they can be either Impostors or Crewmates. The goal of the game is for Crewmates to identify Impostors and eliminate them by sending them to outer space. The goal of Impostors is to trick and eliminate the Crewmates first. However, the trick is that the plurality vote system is pretty strong here, and you newer know who the real Impostor is. That’s why this game is so fun and engaging.

These were just some of the most popular online game titles in 2020. Of course, there’s still time left and we can only impatiently wait for new amazing titles that are scheduled to come out by the end of this year.