The Best real life based simulations that became video games 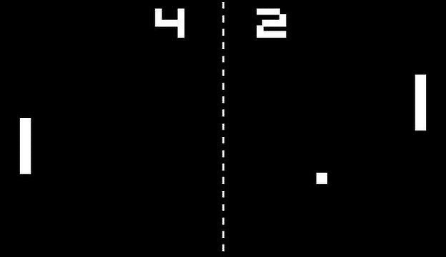 The world of technology opened the opportunity to create anything one could possibly imagine. This led to the creation of millions of video games, which became one of the most popular means of entertainment in the whole world!

The first ever video game created was a simulation of a simplified version of Tennis, called Pong. The game was created by a Physicist named William Higinbotham in October 1958. It was nothing but a blank screen with two thin rectangles at the sides of the screen which were moved up and down by either 2 players or 1 player against the CPU, and a small dot which represents a ball, bouncing from side to side. The goal was to move your marker as fast as you can towards the direction of where the ball is coming, attempting to not let the ball pass through behind you, and to get the ball past the opposing player by bouncing it towards their direction without them managing to get to it and bounce it back. We all know what this game looks like, considering it has become one of the most popular games in the world. Here’s an idea of what the first version might have looked like..

Around sixty years later, to the present day, the world of video games has developed massively. Video games have become one of the most advanced, immersive technologies on earth. Video games have become. In a study in 2019, video games had generated a total of around 150 billion US dollars worldwide in just 1 year! We see a range of thousands of new video games coming out every year, for all consoles and platforms, mainly PC, Playstation, Xbox, and Nintendo. These games range from incredibly well-thought out and designed fiction, which is incredible due to the fact that it’s all come out of someone’s mind and designed from scratch, and real-life simulations, which have become so realistic, it will soon be easy to mistake a simulation video game for someone watching the real thing happen on TV.

There are so many real-life-sim games out there that it would be impossible to play them all in a single lifetime. You can find never-ending lists of video games which resemble some sort of real-life activity, and these have become so widely popular that they have become a part of billions of gamers’ daily routines.

There’s hundreds of sports related sim video games out there. Every international sport association has their flagship video games, for example, for football, there’s the FIFA franchise. For mixed martial arts there’s the UFC series. Basketball has NBA, American Football has NFL, etc..

Nowadays, there’s no need to visit the local casino to enjoy a nice game of poker or blackjack. Even to bet on sports, play slots,  or anything you can think of one could do at a casino. You can now play live dealer games with Unibet and many more online casino companies. The cool thing about these is that everything you see or play is recorded live, so it’s technically a video game so immersive that what you see on the other side of the screen is happening and being recorded at that time.

Games like Call of Duty and Battlefield, have become one of the most widely played video game genres of all time. The reason they have become so popular is how amazingly realistic their graphics are and how challenging they can be due to real-life war and battle scenarios.