The impact of esports on online gaming 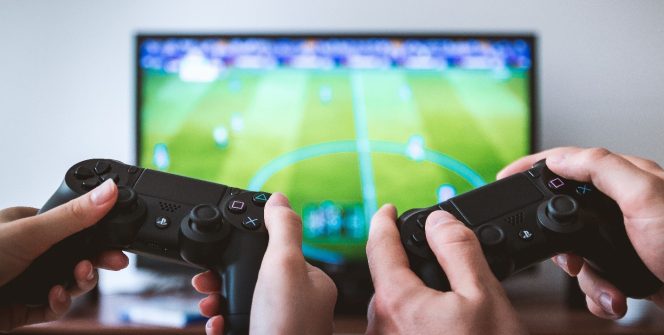 Over the last couple of decades, the rise of esports has been somewhat unstoppable. In terms of prize money, viewers and sponsorship, the world of esports is now seen as a serious challenge to the dominance of “real world” sports such as football, baseball and cricket. A major campaign is underway to make esports an Olympic event in 2024, and the medium will be a part of the 2022 Asian Games in China.

With such a rapid ascendancy, it’s unsurprising that esports has had a dramatic impact on the whole video gaming industry and eco-system and online gaming in particular. The big money involved is bound to exert pressure, and esports’ popularity has also driven the rise in streaming sites for video games. The success of esports is bound to be good for the gaming sector as a whole but could also affect a transformation in the way games are developed that could potentially be less welcome for the casual player.

The rise of esports

Competitive video gaming goes back to the very birth of the format in the early 1970s. But most historians consider the first-ever esports event to have taken place in 1997, with Quake’s Red Annihilation tournament. This was won by Dennis ‘Thresh’ Fong, who walked away with a second-hand Ferrari 328 GTS as his prize.

In 1999, Counter-Strike launched as a spin-off from the Half-Life franchise and soon became the most popular esports shooter. Meanwhile, in South Korea, the real-time strategy game StarCraft had accidentally become hugely popular as a competitive game. In 2010, it was rebooted as StarCraft II.

2009 saw the release of the free-to-play multiplayer online battle arena (MOBA) League of Legends (LoL). The League of Legends Championship Series (LCS) formed in 2012 and soon became massively popular. MOBA games would become the brand leaders in esports, as they combine elements of both real-time strategy (RTS) and role-playing games (RPG). The relatively low level of graphic violence in LoL also made it an ideal fit with mainstream sponsors and TV stations.

How other games are affected

The appeal of playing games online and winning cash prizes has arguably helped the rise in popularity of online casino games. These combine the glamour and excitement of classic table games like blackjack or poker with the convenience of playing at home or on a mobile device. Online casinos have also revitalised the humble slot machine, with a seemingly endless number of imaginative variations on the basic format available. Read more about some of the most popular online casino sites today.

For years, playing video games for money was widely looked down on, but now all that has changed. The rise of live streaming services like Twitch has provided a global platform for esports and their players and with this has come a greater opportunity for sponsorship, merchandising and other ways to make money besides the huge prizes now on offer.

Last year the esports game DOTA 2 had a prize pool of $34m, funded from ‘The Compendium’, or the sale of in-game items and content to casual players. Other games like Fortnite, League of Legends, Counter-Strike: Global Offensive and Overwatch also have huge prizes to be won.

The amount of money changing hands puts huge pressure on games designers to create popular, fast-moving games that will continue to attract huge viewing figures and in turn, large sponsorship deals. This means that a balance has to be struck between making a game that is fun to play and that is also fun to watch. Of course, usually, the two qualities go together, but this still represents a subtle shift in priorities for designers.

New modifications or updates on popular games used for both esports and home play can shift the balance of a game in favour of, or against, certain characters or even styles of play. Even a small change can mean the difference between winning or losing at the tournament level, where millions of dollars could be riding on the outcome. This pressure is bound to increasingly affect the future of games.

Meanwhile more games will come with multiplayer modes, and these will increasingly receive the most attention from designers, as the producers attempt to find a niche in the lucrative esports marketplace. It’s easy to see how the amount of money tied up in esports could easily unbalance the video gaming sector as a whole. For now, let’s applaud the success of the scene and wait to see how it develops.