Fall in Sports Betting Revenues in the US 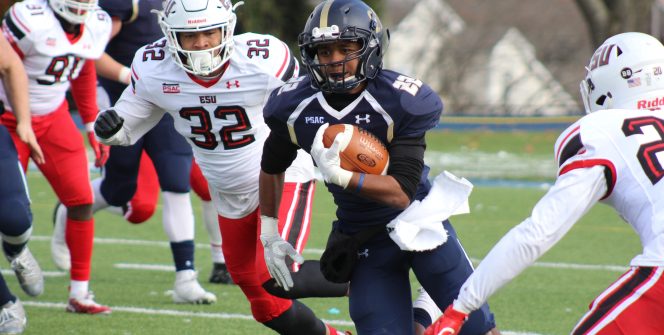 The expanding US industry has earned billions of dollars in recent years. Not every month is as successful as others and April has seen some falls in revenue figures.

That’s been the case in Colorado where sports betting was launched at the beginning of May two years ago. The long-awaited day when finally it was legal in Colorado to bet on sport came just under six months after a vote in the state on legalization.

The past couple of years has now seen gamblers able to place bets on sport, both at local casinos and online. It’s proved to be a very profitable business and that’s good news for the gambling companies in the state

April 2022 saw the licensed sports betting companies accept a total of $392.3 million in wagers, Offers. bet reports. That’s an impressive figure but 22 percent down on the $505.6 million that was wagered in March.

For years it’s been the dream of gamblers in Colorado to be legally able to bet on major sports such as basketball. April saw $146.4 million wagered in the state on the top NBA playoff matches. That was a fall of 35 percent on the amount wagered in March when more games were being played.

Other top sports that saw huge amounts bet on their events included baseball with $69.9 million in wagers bet on MLB matches. That was followed by ice hockey, soccer, and golf.

An important figure is of course the gross gaming revenue (GGR) from all the betting that takes place. For April that was approximately $22.6 million meaning that the combined win for sportsbooks in the state was 5.75 percent.

That helps the gambling companies but politicians also have good reason to be pleased. That’s because of all the tax revenue that is received from gambling. In April that figure was $1.2 million and that took the 2022 tax revenue amount up to $10.5 million. Compared to the previous year, that’s a 67 percent increase.

As a result, sportsbooks paid $1.2 million in taxes to the state. This brings the total amount of taxes collected from sports wagering in 2022 to $10.5 million. This marks a 67% increase in the taxes collected in the same period for 2021.

May also saw lower figures recorded in New York. Mobile sports betting companies have twice seen a handle of below $300 million the sports betting operators in the state. The seven days up to May 22 saw bets totaling $261 million.

New York is used to figures of at least $300 million a week since their launch in January of this year. The $286.1 million total was the lowest recorded and only the second time a figure below $300 million had been achieved.

The results are still very healthy and there aren’t going to be any major worries about the fact there was a fall. That’s to be expected due to the sporting calendar around the world, particularly in the US.

When the NFL makes its return later in the year, the figures will be on the increase again. That will continue in November and December when the World Cup takes place. Sportsbook operators will be hoping that the US soccer team can do well in Qatar to further boost revenues.