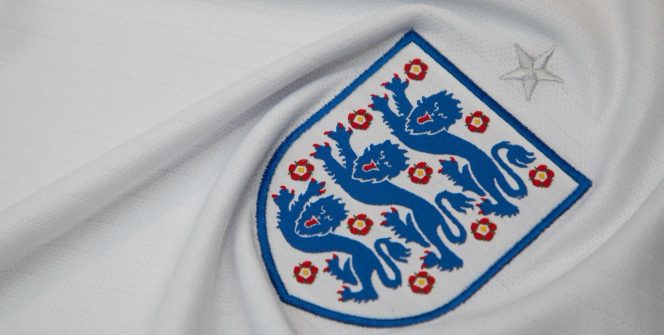 There was so much talk surrounding the potential starting XI for England heading into their first group match-up with Croatia. Jack Grealish had to start. Raheem Sterling’s form wasn’t good enough to play in the opening game. The Three Lions had to use the attacking talent at their disposal and not play two holding players. That was the main consensus when scouring the web. So, when the teamsheet was released and Grealish was left out, both Declan Rice & Kalvin Phillips were starting, Sterling had been given the nod and a right-back in Kieran Trippier was playing at left-back, there was uproar before a ball had even been kicked.

However, from the minute the whistle was blown at Wembley, England dominated. They showed their class and authority without being too spectacular. And when the 57th minute came around and Phillips, one of those players chosen to play in the holding role, made one of his many box-to-box runs and found Sterling with an exquisite pass – the latter did what he does best in an England shirt and found the back of the net.

It was all that was needed on the day and Southgate had managed the team to their first ever opening match win at the Euros.

Croatia in truth never looked like scoring and being on the end of just a single goal defeat flattered them. The England manager could have very easily appeased the fans and gone gung-ho in match day one, but he stuck to his principles and got the job done. Southgate had got his tactics spot on and the social media managers had gone quiet, for now.

Kalvin Phillips may well be the ‘Yorkshire Pirlo’ after all

He has been lauded by Leeds United fans since he broke onto the scene in 2014, and with more performances in an England shirt like the one he put in against Croatia, it won’t be long before Kalvin Phillips cements himself as a favourite among a much wider audience.

The ‘Yorkshire Pirlo’ as he’s known by the faithful at Elland Road, Phillips has progressed remarkably since the arrival of Marcelo Bielsa in Leeds and his improvement earned him his first international call-up in August 2020.

His international appearances still haven’t reached double figures and yet in his first ever appearance at a major tournament for his country, he produced a man-of-the-match performance and provided the assist for the only goal of the game, helping his nation to three vital points.

Another player that many critics had written off before a ball was kicked, Phillips has proved he is more than capable of mixing it with the big boys and it would be no surprise to see him become a vital cog in this new-look England machine for both this tournament and beyond.

This England side is overflowing with talent

One of the biggest talking points surrounding the entire game may have indeed come from the players that were not on the field, rather than those that were.

Countries were allowed to select up to 26 players as part of their Euro 2020 teams, with only 23 allowed in the matchday squad.

Missing from England’s 23 versus Croatia were Harry Maguire (injured), Ben Chilwell & Jadon Sancho. Aside from Maguire that is still nursing an injury that kept him out of the back end of the 2021 campaign, Chilwell and Sancho were huge exclusions.

Chilwell, a recent Champions League winner with Chelsea was arguably in the form of his life heading into the competition and Sancho, although only 21 years old, is one of the most exciting young talents in Europe.

It’s hard to argue whom, if anyone, should have missed out but all it does is magnify just how much quality is in the team when you can afford to leave players of that calibre out of the matchday 23.

Looking ahead and England are back in action on Friday June 18 when they take on old foe Scotland. The Three Lions know that a win all but secures progression in the tournament whereas Scotland know that defeat for them could spell the end of their European journey.