Where does Adayar’s surprise victory in the Derby rank amongst the biggest shocks of the race’s recent history? 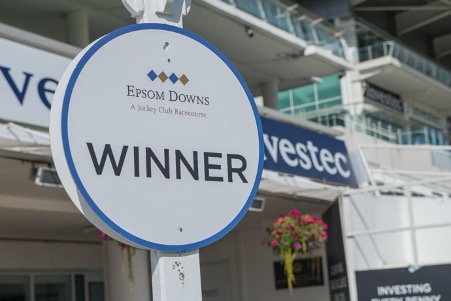 The Epsom Derby is one of Britain’s richest and most prestigious races. Therefore, it’ll come as no surprise that every owner, trainer and jockey make it their goal to win the one-mile, four-furlong race, which boasts a huge £637,987.50 prize purse just for the winner.

However, in recent years, those more favoured in the betting market have failed to deliver upon their status. In fact, the last market leader to win the race was Golden Horn back in 2015. Instead, outsiders have been stealing the limelight, and that includes this year’s victor Adayar — who entered the stalls at 16/1.

But, how does Adayar’s shock victory rank amongst the biggest upsets of the last five or six years? Let’s find out.

Wings Of Eagles upset the odds and the bettors at Epsom Downs back in 2017, winning the race as a 40/1 outsider. At such high odds, it’s no surprise that the Aidan O’Brien-trained horse set off relatively unbacked in the horse betting. However, those crammed into Epsom Downs and the many thousands watching on at home were left kicking themselves when the massive outsider romped home three quarters of a length clear of Cliffs Of Moher. As a result, Wings Of Eagles was the longest Derby winner since Snow Knight (50/1) in 1974.

Usually, a big outsider in the Derby is one that attracts positive headlines and provides onlookers with a feel-good factor. However, that didn’t seem to be the case last year when 25/1 shot Serpentine won the behind-closed-doors race. The horse, another from O’Brien’s renowned Irish stables, led the race pretty much from start to finish and the victory meant that the Irish handler became the most successful trainer in the race’s rich history. Whilst O’Brien would have been over the moon, there will undoubtedly have been plenty of betting slips thrown in the bin after a race that has to be deemed somewhat of a damp squib.

Slightly less of an outsider was 2018 victor Masar. With the favourites failing at every opportunity to try and get a break, the 16/1 shot took the race by the scruff of the neck, beating Dee Ex Bee over the line by a length and a half. It was a first Derby triumph for trainer Charlie Appleby and owner Sheikh Mohammed, and those who backed the horse at 16/1 would have been just as elated as Masar’s connections.

Appleby was back with his second shock winner in four years with Adayar. Adam Kirby took the ride after Frankie Dettori took his place in the saddle of the much more fancied John Leeper. However, the late change worked in Kirby’s favour as he guided the three-year-old to an impressive four-and-a-half-length victory over 50/1 outsider Mojo Star. Dettori, however, was left red faced as John Leeper came home in third last, over 20 lengths off the pace of the winner.