How Do Online Gambling Laws Differ Across the World? 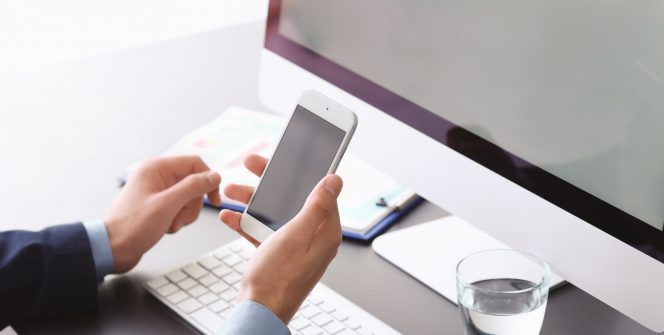 The online gambling industry is worth £52 billion, according to research firm Statista. That’s almost at part with Facebook, the social media giant with two billion users and annual revenue of £55 billion.

Online gambling doesn’t have as many active users as Facebook. But based on the rate of legalization across the world, it could be worth a lot more than the social network in a few years. Presently, here’s where a section of major countries stand as far as iGaming is concerned.

Britain is a remote gambling hub with hundreds of online casinos and sportsbooks. Nearly every form of online gaming is allowed. What’s more, you can join an online casino free if you’re above 18 years.

And if you play and win money, you can cash it out without paying taxes. That’s not a typo. Online gamblers don’t pay taxes in the UK, which makes it one of the best places to be a casino player in the world.

Of course, remote gambling doesn’t operate in a vacuum. When the government established A Gambling Act in 2005, it also created the Gambling Commission to oversee remote gaming. As a result, every online casino in the UK must have a license from the UKGC.

Malta might be a small island South the coast of Italy. But it’s one of the most well-known online gambling destinations in Europe. In many ways, the Malta Gaming Authority works like the UKGC.

But instead of licensing local casinos, the MGA oversees online casinos interested in serving players from many countries. As such, most online casinos based in Malta also target players in Finland, Sweden, Germany, Australia, Africa and Asia.

For clarity, the MGA isn’t an exact replica of the UKGC. For starters, it taxes casino players 5% of their winnings. The UK does not. On the flip side, Malta doesn’t feature an organization like Gamstop that helps players suspend their accounts.

Online gambling is a complex matter in the Nordic region. In some countries, online casinos are allowed. But they can only be governed by a state agency. A case in point is Norway. People can play slots, card games and even bet on sports.

However, the only available online gambling platforms in Norway are operated by the government. Things are a tad better in Sweden. The country has an online casino regulatory body that licenses and oversees gambling businesses.

In Denmark and Finland, gambling laws don’t permit or prohibit online casinos and betting websites. In other words, online gaming is a legal grey area. That’s the same situation in most countries.

Fortunately, the presence of legal grey areas means that you can gamble at offshore online casinos without breaking your country’s laws. Read more information on online gambling laws globally, though, before you join an overseas casino.

In Canada, online gambling is both legal and illegal. It all depends on how you do it. Here’s what that means. No law allows or bans online casinos and sportsbooks. And as a result, Canucks can gamble at offshore websites.

Interestingly, Canada’s ten provinces also hold the mandate to legalize casinos. They all allow land-based gambling. But they differ on the types of online games they permit. Some jurisdictions allow lotto and bingo alone. Others accept all casino games.

In the US, online gambling is no longer a federal issue. Instead, it’s handled at a state level since 2018. Like Canadian provinces, American jurisdictions determine the number of casinos to license and the games they can provide.

So far, only four American states allow all forms of online gambling: New Jersey, Delaware, Pennsylvania and West Virginia. Most jurisdictions allow some gaming forms—mainly sports betting and poker—but are yet to permit online slots, blackjack and roulette.

From Morocco and Egypt to Saudi Arabi and the UAE, online gambling is illegal in the Muslim world. In fact, most Arab countries have such prohibitive iGaming laws that using an online casino can land you in jail.

Of course, that’s if can bypass the advanced anti-gambling firewalls countries like the UAE Saudi Arabia have in place. In nearly all Arab countries, the primary reason for prohibiting online gambling centres on religion.

The Koran considers gambling haram—a sin that hurts you. As such, it can’t be allowed for that reason. Surprisingly, Sharia laws don’t stop everyone from finding an offshore gambling website.

Like most countries where gambling is banned or a grey area, people in Arab countries can use overseas casinos. The only problem is that getting apprehended can attract huge fines or jail time.

Australians are some of the most dedicated gamblers in the world. At least 80% of the population has gambled at some point. What’s more, the average player spends over $1200 annually on casino games and sports betting.

So, that means online gambling is legal in Australia, right? Yes, both online casinos and bookmakers are permitted to operate in the land down under. But like the US and Canada, regulation is delegated to states.

In Africa, most countries don’t have online gambling laws. The only exceptions are Mauritius, Comoros, Seychelles, Guinea, Gambia and Rwanda. In these casinos, a gambling license is required for an operator to target local players.

In Asia, laws vary widely. In China and North Korea, for example, online gaming is prohibited. In India, it’s a legal grey area. In Contrast, it’s legal in Armenia. As we mentioned earlier, though, players aren’t completely out of casino options.

They might not have access to betting sites at home. But they can always use offshore companies. That’s the same message in South America. Countries like Uruguay, Chile, Bolivia and Peru don’t have gaming laws. So, the best option is to use an offshore website.