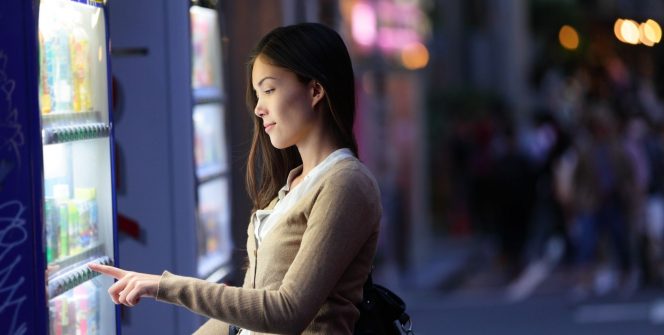 Coca-Cola is still the leading global company when it comes to soft drinks industry. Coca-Cola controls almost half of the soft drinks market with its 43.3% share, placing it well above PepsiCo, which is in the second place with 24.9%, according to Statista. By being such a powerful multinational company, Coca Cola finds its ways to consume available resources best way possible, and also make a plan for the future in which it recognizes huge benefit of cryptocurrency for their current and future users. Led by that idea, it made an investment in crypto payment provider which will make a base for alternative payment method to be established and accepted in all areas of their business.

Over 2000 vending machines to be powered by crypto

Payment provider also encourages Coca Cola to start using crypto as a payment method by giving approximately 2000 vending machines which supports purchases in crypto currency to their users, replacing coin slots with “ones and zeroes”. Those vending machines are for now available across Australia and New Zealand. Such way of payment for the service leaves users comfort of not having to have some cash available in their back pocket at the moment, or to pay for it by using credit or debit card which provisions to business operators commissions reach up to 7% per transaction. This way financial transactions gets much easier, and for now, only crypto gives such comfort in performing it.

Centrapay CEO Jerome Faury claims that there won’t be violation of consumer’s privacy and data ownership rights due to announced investment which should result in increment of business value. By taking a step of investment in Centrapay through Amatil X, Coca Cola shows enthusiasm of providing their customers opportunity to exchange value in a new way.

This is only one of many occasions where Coca Cola and Centrapay has connected in a way of business cooperation that will consolidate and strengthen their common vision of future commercial world. Alix Rimington, head of Amatil X, also encourages strengthening of partnership with Centrapay team through such and similar projects. All available 2000+ vending machines with QR code payment sticker set across Australia and New Zeland can be in a simple way used by Amatil`s customers. Vending machines will accept not only cryptocurrency payment, but also other digital assets as long as Sylo Smart Wallet is installed on user’s phone.

Digital currency becomes more interesting after drastic price incensement of BTC in 2017 after which it gains more and more encouragement to be used worldwide. On the other side, there are still individuals fighting against new way of doing the business. However, crypto as a modern way of payment can no longer be ignored nor neglected, and it takes its place in evolution of money ecosystem. Digital currencies in general are now more and more accepted worldwide from side of retailers as new, legitimate way of payment. In only few years, financial landscape started changing significantly, and we can only imagine how it will take its turn within upcoming decade.