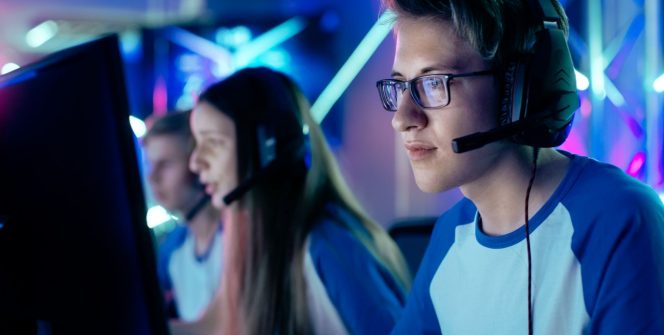 Developing a League of Legends business strategy may sound quite complicated. League of Legends remains the best online multiplayer gameplay. Its release can be attributed to the company known as Riot Games in Los Angeles, California.

In 2015, as an e-sport game, League of Legends ( LoL) had over 100 million players each month. Surprisingly, it has hosted more spectators than any other competition globally—the last 2015 World Championship Series (WCS), which hosted about 36 million observers worldwide.

Likewise, the final World Championship Series in 2014 staged about 40,000 people as an audience. Since its inception in 2009, League of Legends has experienced constant growth in popularity.

There are principles and business strategies that form the bedrock of the success of the League of Legends. In essence, we will take a survey of those business plans.

#1. Constant Improvement on the Features:

The driving motive of this game is not only to make a profit but to serve its audience. Adding more features in the quality of the players, improving the championship, and creating more graphics are one top secret to attracting more audiences.

Playing revenue ahead product quality and improvements are one of the critical factors to depleting business. As much as generating revenue enables the shareholders to maintain continual relevance, but incomes are not the optimal aim.

#2. Finding the Right Motive to Spend on the Game

The League of Legends gameplay focuses more on improvement and mastery. Most players bear the notion of spending resources than improving their qualities; as such, they develop a belief that spending gives them an edge over others.

Being a champion has so much to do with being a better player. The League has a structure that works best with skill and efficiency than acquisition.

#1. Be Passionate About Your Product

Your audience obviously shouldn’t be the only lover of your product. Rigney, a developer of League of Legends gameplay, stated explicitly that it’s more preferable that a creator develops a love for his creation.

Finding a way to love even your dejected makes your fans want to buy or love your product.

In the 10th anniversary of the League of Legends, Riot Games announced the “League of Runeterra,” which was a kind of suspense as much as a surprise to the audience. However, it proved strategic.

Riot Games is not geared towards pleasing every fan out there, but by creating various preferences, the industry has held the attention of a broader range of audiences.

The popular belief attached to video game producers seems to be ghosting. The fans see more of their creation than the creators.

As such, Riot Games found a way of sharing their personal experiences with their audience. By this, fans feel the relativity of the creators to their creation.

Riot Game Company has proven from its strategic business how other gaming companies can pattern their thread and pull a great audience.

With the League of Legends being the most played online game, it has attracted more attention than any other online game.

The founder of Riot Games, Marc Merrill, has related that one of his most excellent strategies for building the company was to keep the League of Legends free.

The fact that Merrill and his co-founder Beck observed that most games online have a monetary rate on them ranging from $60. Hence, they deemed it necessary to create a game with free access to microtransactions, new characters, and features.

Their plans were rewarded. League of Legends became the most popular in North America.

The company took another strategic step to ensure independence from external sources, despite the $400 million paid by Tencent to have a considerable stake in February 2011.

How the League of Legends Make Money

Implications of the Business Strategy of Riot

Tencent’s gaming reputation is not quite impressive in China. As such, it has used the LoL to gain popularity in the Asian countries. Gamers have once again been attracted to the Chinese gaming company (Tencent) because of the League of Legends.

For the League of Legends, its mobility has once again been reinforced by its attachment to Tencent.

Riot tends to initiate it’s a mobile game in 2020. Riot announced this during the 10th League of Legends anniversary.

Wild Rift is the new mobile game by Riot, to be launched this year. It’s already gaining popularity in China’s mainland through Tencent.

We may doubt it’s quality and graphics compared to its PC version, but the creator has promised a better experience with the mobile version.

Owing to the Tencent’s PUGB mobile reputation, the Wild Rift is sure to do better than the PC version.

As a business strategy, the Riot wants to launch the Teamfight Tactics (TFT), found on the mobile. The TFT is already accumulating over 33 million players monthly.

The Riot competitors, like Valve’s Dota Underlords, are not in the leading trends like the Riot’s Teamfight Tactics mobile.

The Riot’s Legends Runeterra is also emerging in the mobile just like it is on the PC.

Furthermore, Riot has recently launched the League of Legends Esport Manager. The Tencent created it for mobile platforms. It received an attendance of 635,000 pre-registration in mainland China within an hour. The game introduced a new dimension to the esport strategy.

The Riot Games has maintained its dominance over the years, and it did not hide its strategies for such a massive success. The Above-highlighted business strategies can be applied anywhere to get similar results.