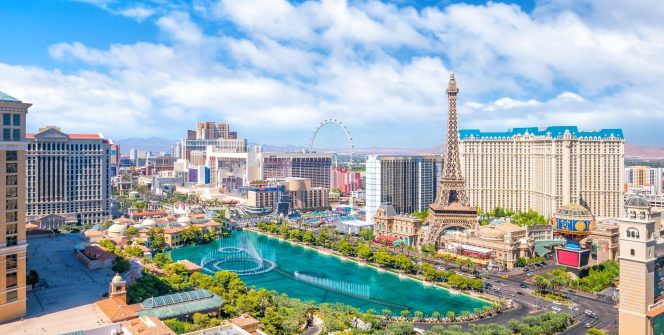 Since the early 1940s, Las Vegas has been featuring in movies. And this has not only improved its image but also led to the transformation and expansion of the city. There are a lot of things that you can do in Las Vegas.

When you arrive, you’ll see some of the best quality casinos, museums, restaurants, and tourist attraction sites. It’s no wonder film directors love making movies in this beautiful city. In this article, we are going to discuss some of the best movies about Las Vegas. Let’s get started!

This amazing comedy written by Todd Philips has demystified the modern Las Vegas. This is a city that allows you to indulge in your darkest desires and have unique experiences. This movie features three friends who are trying to organize their bachelor party night. It portrays Vegas as a dangerous place where anything can happen. It’s a place where people discover themselves and learn not to repeat the same mistakes.

After Jack and Joy suffer a setback, they decide to go to Las Vegas to get the chance to unwind. Soon, unwinding turns into a drinking night which leads to a hasty marriage fueled by booze. The following day’s regrets are forgotten after Jack wins a three million jackpot while playing at win real money with no deposit required casino. In New York City, a judge freezes his winnings and forces him and Joy to make their marriage work. The two starts a cold war of strategies, plots, and schemes to get a good share of the money.

As Hunter Thompson tries to show in his movie, Las Vegas is not the most pleasant place in the world. The movie captures the nightmare experienced by Johnny Depp and his lawyer and accomplice as they try to navigate the dangers in Las Vegas back in 1971. Their journey is fueled by drugs and this makes it repetitive and exhausting. However, it also provides revelations that you’d never expect. This is one of the best movies about Las Vegas in the market today.

Ocean’s 11 makes Las Vegas look cool and amazing thanks to a crew of thieves led by George Clooney. The characters have been crafted impeccably and the visuals are just on point. The movie is funny, lively, and entertaining in a massive way. The film is also centred around the chemistry between Brad Pitt and Clooney. Ocean 11 was made at a time when business in Las Vegas was booming. It captures the energy, luxury, and glamour that’s commonly associated with Las Vegas.

Think like a Man Too is all about the romantic misadventures four men and women who want to outsmart each other using sexist strategies laid out in Steve Harvey’s book. How the couples are arranged makes the movie dramatic While the couples will collide eventually, both men and women are isolated from each other for the better part of the film. The film some of the best actors in the industry such as Jenifer Lewis, Kevin Hart, and Taraji Henson to name a few.

Las Vegas is the best spot for entertainers, gamblers, historians, and tourists. Before visiting this amazing place, you need to watch the movies that we’ve discussed to get a glimpse of what you’ll experience during your visit. You’ll get the opportunity to do everything you’ve ever dreamt of. The opportunities in Las Vegas are unlimited.