Exploring the Long History Between Video Games and Movies 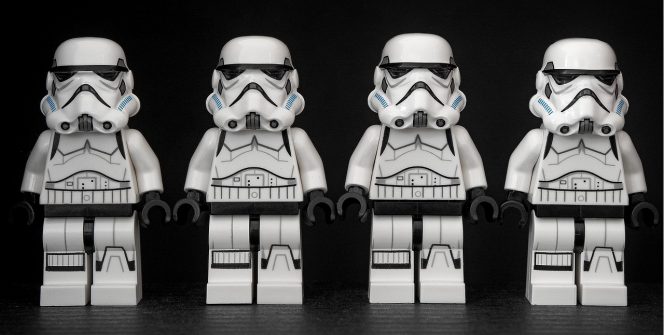 Video games and movies have a long and deeply intertwined history, having kicked off the whole crossover craze many decades ago. Video games were an integral part of growing up in the 1980s, and one of the strongest influences on their themes has undoubtedly been movies. It isn’t all one-way traffic though, as video games have returned the favour by inspiring numerous popular movies (and some not so popular ones).

The Launch of Video Games Based on Movies

The first big wave of video games inspired by movies arrived in the 1970s. Taking a look at the data provided by the movie and gaming experts at https://www.imdb.com/list/ls062563575/, we can see that Shark Jaws was released in 1975, quickly followed by Death Race (1976). The year 1982 saw an influx of popular movie-themed games with Tron, Star Wars: The Empire Strikes Back, E.T. and Alien all hitting the shelves (we may have forgotten this, but games were indeed once displayed in shops on shelves).

Fast forward to 2019 and video games across all genres are still heavily influenced by movies. Superhero movies have been made into some of the most popular video games of all time, including action-adventure games Batman: Arkham Asylum and Spider-Man.

For every Marvel character ever introduced, there have been several video game variations based on them, with differing levels of success. If you ever played Incredible Hulk 2008 then you will understand why some movies just shouldn’t have been transferred over to the gaming world.

Classic video games that started off on the big screen include the Star Wars and Alien series, numerous James Bond adaptations and 80s cult film Ghostbusters. Just as movie producers know when a sequel presents a good money-making opportunity, so too do the video game creators.

Another gaming industry that has explored the opportunity of movie theme inspiration is casinos and their slot games. A number of classic movies have been particularly popular in the world of online slots, even stretching to one themed on the classic 80s crime comedy The Naked Gun, available to play at https://games.paddypower.com/c/jackpot-king, which just goes to show that it’s not only about action and sci-fi. Crime fighting has become a popular slot theme, along with quiz shows such as Deal Or No Deal and historical themes such as Ancient Egypt and The Roman Empire – these aren’t films in themselves, but the broad range of themes does open our eyes as to why films adapt so well to this type of game.

The History of Movie-inspired Video Games

Whilst many video games have flopped despite the movie doing well, overall there really have been some highly successful movie-based games. On the flip side, the success rate of the reversal (good video game movies) is not quite as high.

The Guardian’s ‘Nerdist Journalist’ Clara Mae highlights some of the best ones in her recent article: https://www.theguardian.com/film/2019/may/10/detective-pikachu-movies-based-on-video-games. As revealed by Mae, Detective Pikachu is currently on the way to becoming the highest rated video game movie yet, with a mere 66% rating on Rotten Tomatoes.

In the 90s Street Fighter was arguably one of the best video games of the fighting genre. The popularity of the game caught the attention of several movie producers and it wasn’t long before it was adapted to film. Martial arts movie legend Jean-Claude Van Damme was deemed to be made for the role of Guile and the recruitment of Kylie Minogue ensured that they would have the added pull of an A-list celeb on the cast. Despite this, movie critics were not impressed and Kylie’s acting career took a blow with more force than a Sonic Boom.

Talking about Sonic, the latest game-inspired movie lands soon with our favourite blue hedgehog hoping to become a Box Office success. Let’s see if this boosts the reputation of game-to-movie adaptations or suffers the same fate as a non-supersonic hedgehog trying to cross the motorway in rush hour.