The World’s 5 Most Profitable Professional Sports 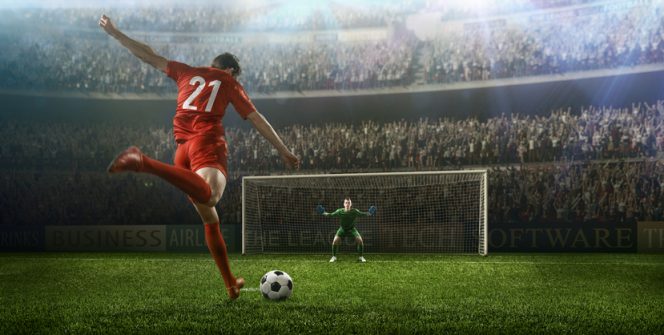 Sports are, to put it lightly, big business. From association football to professional basketball, the world’s most popular sports tournaments can generate tens of billions of pounds of revenue per year, ranking them alongside many of the world’s largest businesses.

Revenue from professional sports can come from a variety of sources, from broadcasting rights and advertising to ticket sales, merchandising and even betting. The world’s most popular sports are also popular with bookies, both online and offline.

Have you ever wondered which sports are the most profitable? Below, we’ve compiled a list of the five most profitable sports in the world, put together using revenue data from leading sports tournaments and organisations.

Football is the most profitable sport in the world, by quite a significant margin. The most popular sport throughout Europe, Latin America and many parts of Asia, football leagues tend to attract the largest audiences of any professional sport.

Combined, the five largest football tournaments in the world — the Premier League, Bundesliga, La Liga, Serie A and Ligue 1 — are responsible for approximately £12.29 billion in total revenue on an annual basis.

This figure excludes revenue from tournaments such as Campeonato Brasileiro, Major League Soccer and the EFL Championships, all of which add additional revenue to the total earnings of the world’s top football leagues.

American football generates slightly less revenue than association football, causing it to rank in second place in terms of total profitability. Despite only really being played in the United States and Canada, the NFL generates approximately £10.84 billion per year in revenue.

That’s an impressive figure for a sport that’s limited to two countries. Football dominates winter sports in the United States, racking up significantly more viewers than other winter sports such as hockey.

Baseball is the world’s third most profitable sport in terms of total revenue, with annual revenue of approximately £9.4 billion. Not surprisingly, most of this revenue is sourced from the USA and Canada, where baseball is most popular.

Many baseball players immigrate to Canada from UK, as well as to the USA in order to pursue their career goals.

While basketball is massively popular in the United States and Canada, its lack of global appeal means it fits into fourth place in total revenue. The NBA is by far the biggest earner in the world of competitive basketball, generating approximately £4.3 billion per year in total revenue.

Other basketball leagues include the Basketball Bundesliga in Germany and the Spanish Liga ACB. Basketball is also growing in popularity throughout Asia, where emerging leagues such as the Chinese Basketball Association attract larger audiences every season.

Another favourite in the United States and Canada, ice hockey comes in fifth place in terms of profitability. The NHL, which is the primary ice hockey league in North America, brings in about £2.54 billion per year in total revenue, making it a large and valuable tournament.

Although ice hockey’s worldwide appeal is limited, it’s also a popular sport in countries such as Germany, where the Deutsche Eishockey Liga generates a reasonable amount of revenue.