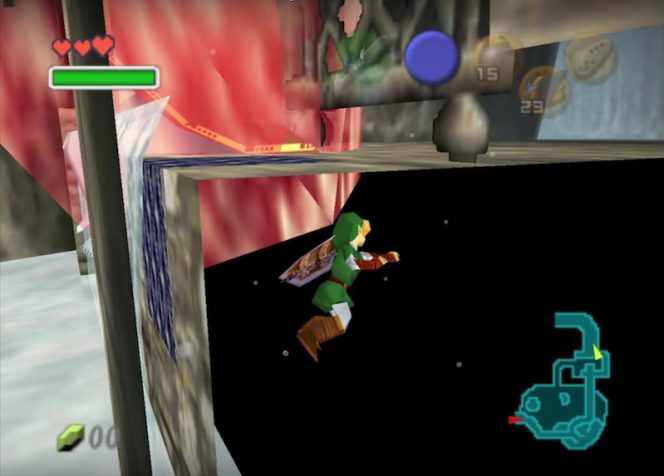 Ocarina of Time is an icon of 90s gaming. It’s also one of the most competitive games out there for speedrunners, who compete in a variety of categories to make their way through the game as quickly as possible, utilizing glitches and time-saving tricks along the way.

Then, there’s this. This insane new speedrun beats all of Ocarina of Time’s dungeons, as well as the final boss, without ever opening a single door.

If you’ve ever played Ocarina of Time to completion, you’ll know how difficult this is. The game is full of doors, from houses and shops to key-locked doors and passageways in all of the temples and dungeons.

Created by the “No Doors Collective”, the run is commentated by well-known Zelda speedrun enthusiast ZFG. It’s worth pointing out that this is a tool-assisted speedrun, which means it’s executed by an emulator and automation software rather than manually by a player.

The run was created using manual control inputs from Zelda speedrunner TaylorTorFTW, with a variety of interesting tricks to get around the game’s doors. Expect lots of clipping out of bounds and jump tricks as you make your way through the run.

Interestingly, this isn’t the first Ocarina of Time speedrun to get through the game without using any doors. There are several Any% runs that manage to defeat Ganon without opening a single door, although none of them beat all of the game’s dungeons along the way.

Is it a little crazy? Definitely. A little pointless? Sure. But it’s a fun, eyebrow-raising experiment in extreme gaming, which is ultimately what speedrunning is all about.