Can the E3 reveal anything new about NBA2K? 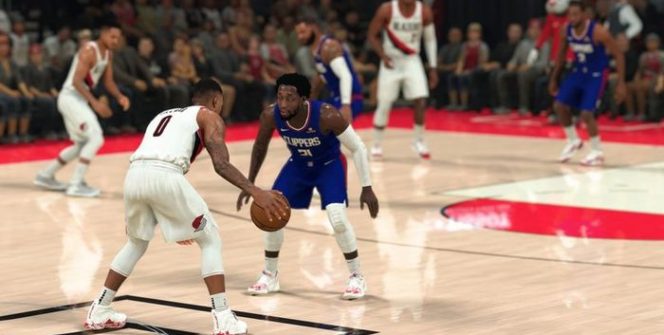 Every year, we take a closer look at what digital companies and developers have been working on over the past year on the Electronic Entertainment Expo, or better known as E3 that takes place in Los Angeles. Just like last year, the E3 will be held digitally and this is the best time where gaming companies can showcase new titles.

This year we hope for some exciting news from the gaming world where gaming companies will announce new titles. We also expect that we will see some console-related news featuring the new Nintendo Switch and some updates for the PS5 and Xbox Series X.

But we are here for the games, and in this article, we will talk about the all-new NBA 2K22 which many people expect a reveal on the E3 2021.

Over the years, NBA 2K is usually announced within the first half of the year, specifically at the beginning of June. This year’s E3 is the perfect time to showcase the new game and possibly reveal more about the gameplay or new gaming modes.

However, if we analyze their behavior from the past, all of the announcements in June didn’t unveil too much about the game. Most of them were just showcasing the graphics until later in the year when we can expect to get some updates on the gameplay, new gaming mods, and changes on the new game.

As far as the release date goes, we can expect NBA 2K22 sometime in September. It is possible that 2K Games and Visual Concepts to stage the game for this year, releasing the new game only for last-gen consoles, and later in November we might see the new game for current-gen consoles.

Last year, we got Damian Lillard on the cover on the standard 2K21, Zion Williamson on the next-gen console edition, and Kobe Bryant on the Mamba Forever Edition.

As of now, they still didn’t announce who will be on the NBA 2K22 cover, but the E3 might be the perfect time for such news.

It is rumored that we will see Luka Doncic & Dirk Nowitzki be on the NBA 2K22 cover.

NBA 2K21 introduced a new method of shooting called shot aiming (with the shot stick). This is a method where you pull down the right stick and move it to the desired “green” area and release it.

There are some rumors that they decided to get rid of this feature since fans didn’t like it very much. In a Twitter poll, more than 85% of the 140,000 people said that they want this feature removed.

Not too long ago, 2K announced the acquisition of HookBang, which is an Austin-based video game company part of Visual Concepts. HookBang specializes in new emerging technologies such as AR, VR, AI, Image Recognition and much more.

What does this mean for NBA 2K? – Well, we might see all-new ways of transforming this technology to their game, but we think that that won’t be possible for this year’s 2K22.

When it comes to new features, Visual Dynamics are very reserved when talking about their new game. However, that might change at the E3 event and many fans are hoping for a transparent reveal of new features long before the release date.

Until now, we still don’t have much or in fact any information about the new features, and changes on the NBA 2K22, but we can definitely expect some major improvements on the current-generation consoles. There is also a good chance that we might see a rework on some of the current features, and some big updates and new features on some of the most popular modes like MyCAREER.

We’ve seen some major changes in terms of graphics in the current NBA 2K22, especially for the new consoles. We expect even bigger graphics improvements with this year’s game, as they had more time to find out how to use current-gen consoles’ maximum capacity.

There is a high probability that we might see at least a trailer video on the E3 which will highlight the graphics for the new NBA 2K22.

Even though NBA 2K22 hasn’t been announced yet, we strongly believe based on some leaks that the game will be presented at the biggest upcoming event, the E3.

The lack of information doesn’t mean that we won’t see a new NBA 2K this year. It is just the way they are doing things, especially with revealing new games and features.

It’s still likely that you will be able to play with the current rosters and also some of the classic legends of the game. That includes some of the best shooting guards in NBA history like Michael Jordan.

Either way, this is going to be an exciting gaming event, full of surprising news and new releases that operated under the radar.