Myths and Legends about Blackjack 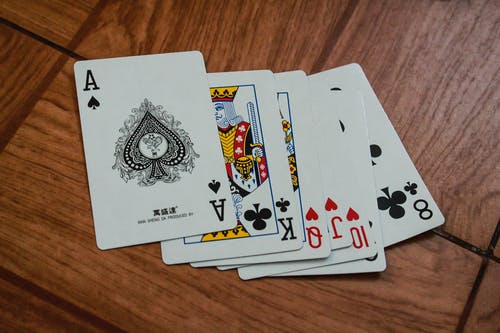 As is the case with any game of chance, there’s a whole host of myths and legends surrounding the ever-popular Blackjack. Even if you choose to get your casino fix online – whether that’s at Karamba or another big gaming site – there’s still going to be player theories floating around. On the whole, these stories are not to be believed, or allowed to influence your gameplay.

Read on to get in the know, as we dive in and debunk some of the biggest Blackjack myths and legends.

Myth #1: You’re due a win after consecutive losses

Some people believe that if they’ve lost several rounds in a row, then they must be due a win, and will continue to increase their bets or continue playing.

Debunked: Each hand of Blackjack has a 48% probability of resulting in a win, excluding ties. Each hand is isolated – the cards have no memory of what has come before them – so, you are never really due a win. Staying on or increasing your bets due to this theory will likely only lead you to a loss, so it’s best to not to be sucked in by this myth.

Myth #2: The dealer will always have a 10-valued card as their hidden card

Many Blackjack players will always assume that the dealer holds a 10 valued-card – and base their bets from it.

Debunked: Within a deck of cards, there will be the 10, plus the Jack, King and Queen that have the value of 10. This means that there will be 16 cards total that equal 10 points – therefore 30% of the deck. With such a low percentage of 10-value cards, it is actually more likely that the dealer’s hidden card won’t equal 10.

Myth #3: The effects of a dealer’s winning streak

A lot of players are influenced by whether or not they feel like the dealer is “hot” or “cold. If the dealer appears to be riding a winning streak – aka “hot” – then they will avoid joining the game. These Blackjack fans prefer dealers who are losing, which arguably goes against that first myth we covered.

Debunked: Whilst you can identify whether a dealer is winning or losing consecutively, you can never know where the round will end for sure. Again, the cards have no memory so whatever the outcome, it will always be random, and by chance. In a nutshell, the past results will never affect the future outcomes.

Card counting is an intricate technique that’s used to guess what the next card will be. It’s frowned upon as it walks the fine line between cheating and using a strategy – although often featured in casino scenes in blockbuster films, such as The Hangover and Rain Man.

Debunked: The truth is, even though casinos like you to think that card counting is illegal, it technically isn’t. That being said, we don’t recommend trying your luck as it’s not a recognised strategy and you might find yourself being asked to leave! And, when it comes to playing online, counting cards just isn’t possible – so you’re better off leaving it all to chance.