The Latest Tech Developments in the World of Online Gaming 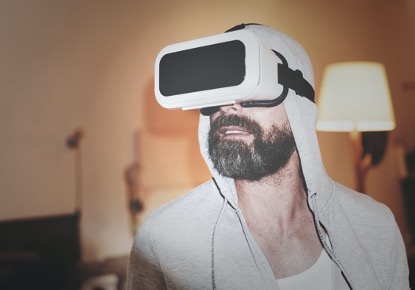 Technology has changed the gaming industry. Once upon a time, the epitome of gaming was a chunky TV set, a basic console, and a pixelated ball that pinged from one end of the screen to another. Today, it’s almost laughable how far technology has advanced in such a long time.

The likes of Sony and Microsoft have recently released their latest next-gen products, and they are almost unrecognisable to the PS1 and 2 and Xbox 360. Developments will only continue in the future, which is exciting if you’re a gaming-enthusiast. Still, it’s important to remain in the here and now. With that in mind, here are the latest releases to watch out for.

While virtual reality (VR) and augmented reality (AR) are different, they are very similar concepts. In short, both create virtual worlds that gamers can explore. Oculus is at the forefront of the technology, but Sony isn’t going away without a fight. Why is the war for VR and AR supremacy hot to trot right now? It’s because a virtual or augmented world provides players with more options. Exploring a VR or AR landscape is almost limitless, offering gamers more independence and scope. Once developers can provide these characteristics, they are almost guaranteed to shift units, since players love the freedom to test out new worlds.

Live games aren’t as fancy in many ways, yet that doesn’t stop them from being just as popular. The trick is that real-time titles add a layer of authenticity that is tough to replicate. Nowhere is this highlighted better than in the casino industry. Live casino games dominate the sector because the genre gives the impression that gamblers are on the casino floor. They aren’t, but this isn’t a problem, as going to a real establishment is expensive and can be more stressful; live games, meanwhile, are more convenient and accessible.

When the Nintendo Wii hit the shelves, people went crazy for the novelty of waving their arms around with a controller. Ten years later, and gesture control technology means that you don’t require much equipment to play your favourite titles. As long as you have a camera and a body, you’re good to go! By waving your hand, a 3D camera will track the separation points in your hand, meaning your movements dictate the actions of the characters on the screen.

Cloud computing has been around for a decade or more, and it’s grown into one of the most pivotal pieces of tech in pretty much every business. Indeed, gaming giants are jumping on the bandwagon because they have their heads in the clouds. The way it works is simple – you can store games on the cloud rather than a hard drive. Therefore, it’s possible to pick up where you left off, whether you’re at home or on public transport. Take out your phone, launch the app, and indulge. The Microsoft xCloud is a forerunner in the industry at the moment, yet this is set to change as the link between the cloud and mobile and console gaming is too strong.

These are the latest developments. However, they are by no means the last ones, so watch out for updates to keep your finger on the pulse.