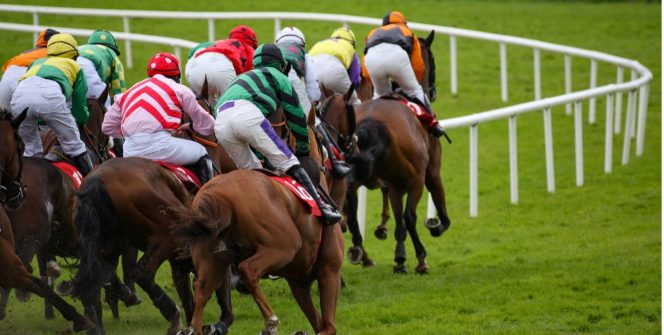 For trainer Jonjo O’Neill, it must be hard to believe that it’s been 11 years since Don’t Push It sealed a memorable first victory in the Grand National. Ridden by the legend that is AP McCoy, Don’t Push It won the Aintree showpiece by a respectable five lengths, etching O’Neill’s name into the illustrious list of Grand National winning trainers. Although all the headlines surrounded the performance of McCoy, it was a moment to savour for O’Neill, who had never managed to win the race as a jockey.

​“An unbelievable horse” is how O’Neill remembers Don’t Push It. “I think we’ll always remember the magical day he won the Grand National as it was one of the greatest afternoons in the life of myself, JP (McManus) and AP as we had all been trying to win the race for so many years.”

Over a decade later, O’Neill has his sights set on Grand National glory once again, with Cloth Cap the current bookies favourite for the 2021 edition of the race. The nine-year-old emerged as the top contender after a fine victory in the Premier Chase at Kelso earlier this month, which backed up a win at Newbury in November. Priced at around 9/2, the nine-year-old has been heavily backed on the page with all the Grand National odds.

Cloth Cap’s owner is Trevor Hemmings, who has an impressive three previous Grand National winners to his name, and is aiming to make history by becoming the first owner to race four winners of the Aintree showpiece. The first of his wins came in 2005 with Hedgehunter, and this was followed up by Ballabriggs’ success in 2011, and a win for Many Clouds four years later. O’Neill is hoping that Hemmings’ luck will rub off on him.

“It doesn’t bother me what price he is,” O’Neill said of Cloth Cap after the victory at Kelso, “so long as he gets there safe and sound and in good health. The National is special and Trevor is very lucky in the National. Let’s hope it stays with him a bit longer!”

This year’s Grand National is a difficult one to call, as it is every year. While Cloth Cap has streaked clear as the main favourite, it’s hard to ever be certain that a horse will win the marathon that is the Aintree showpiece. Other contenders include Any Second Now, Secret Reprieve, Burrows Saint, and Santini, although the latter was pulled up in the Cheltenham Gold Cup after a poor performance. While it’s hard to know who will push Cloth Cap, it promises to be an interesting spectacle for the punters, and there could be some big wins.

O’Neill’s job is simple between now and starter’s orders on April 10th – to keep Cloth Cap in good nick and to avoid the headlines tipping him as a sure thing for success. The trainer has the advantage of having won the Grand National in the past, and that experience will stand him in good stead in the build-up to the race.

This year’s National is a hugely anticipated affair given that last year’s race was cancelled as a result of the coronavirus pandemic. The absence of 2018 and 2019 winner Tiger Roll means that there will be a different winner for the first time in four years. O’Neill will be hoping that Hemmings has his lucky day once more, and Cloth Cap thunders over the line for victory.