What effect did the coronavirus pandemic have on email opening rates? 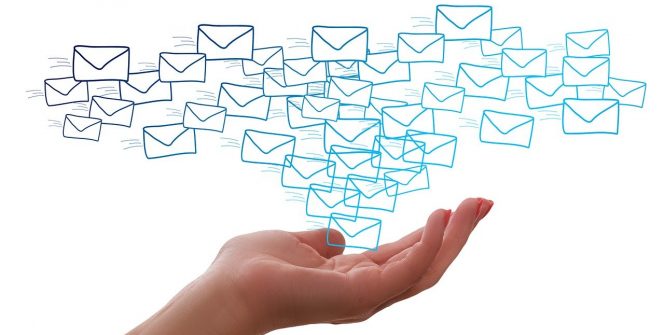 In March 2020, the world was turned upside down as governments all over the planet shut down their societies and economies to battle the spread of the coronavirus.

In the UK, the Government announced that it was to spend hundreds of billions of pounds propping up businesses through the pandemic to make sure that, when things opened up again, the country was going to be close to what we remembered before the start-stop series of lockdowns.

Since the first lockdown, we’ve all witnessed the accelerated rise of online giants like Amazon as shops were shut throughout the country. But what about email marketing volumes and responsiveness?

Campaign Monitor reported that email volumes remained stable in the first few weeks of the lockdown but that more people were opening emails than ever before. In March 2020, open rates were up 4.1% and, in April 2020, they were up 3.6%.

The average open rate was 21.2% and there were increases in both click-to-open percentages and click-through rates.

“We made a decision as a company not to close down and not to furlough staff. I’ve always read that it’s the businesses which grow and invest during economic turbulence and recessions are the ones which come out the other side bigger and with less competition.

“Our gamble was that we were not alone and we weren’t.

“It’s almost like business decision makers and directors were becoming increasingly frustrated by their inability to trade as the first lockdown went on so they spent some of their spare reserves with our clients to make sure that their businesses came out of this better and stronger than when they went in.

“Email open rates went to levels I’ve personally not seen since the mid-2000s. A lot of our work is B2B promoting professional firms’ services and, on one campaign we ran on Thursday 16th April 2020 for an accounting client, they got a 36% open rate and 154 clickthroughs to their website.

“Engagement levels are still high in March 2021 but they’re beginning to return more to normal now. We weren’t the only email marketing agency whose clients benefitted from this upsurge – many of our friends and colleagues at competing firms saw exactly the same trend.”

In their research paper “COVID-19 Email Marketing Statistics”, they found a 31% uplift in open rates in the “post-COVID period” after analysing interaction from 2.5 billion emails sent by their client as well as an increase of 22% in year-over-year conversion rates.

It’s not all good news though.

“Response rates were through the roof”, according to Mr. Fairlie, “but sales were down. At least the companies had revenue coming in but a lot of what we found and our clients found was that email marketing allowed them to begin building a sales pipeline rather than returning their revenue levels to pre-COVID normals.”

HubSpot reported a rise of 32% in email open rates but a fall of up to 30% in the number of sales made per email sent during that time.