An Introduction to the Ninth Generation of Video Game Consoles 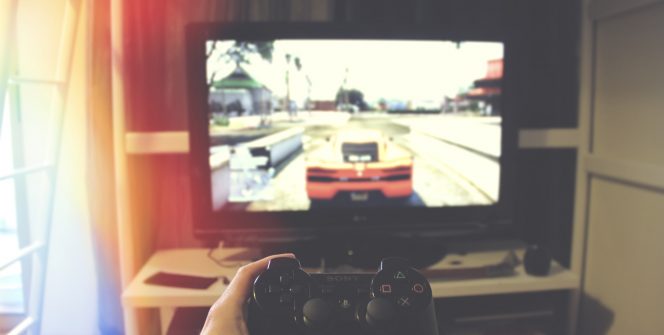 It’s an event that comes around only once every seven years or so, and Sony and Microsoft decided to go head-to-head and release their new consoles within days of each other in November 2020.

There is already talk that this might be the ‘last’ console generation, as more and more of the industry moves to cloud and streaming gaming, where instead of having a box in your house with a hard drive with data on it, you’ll constantly be connected to a server that sends you all the information, and you just send it button inputs. Until then, we have new video game boxes to consider! A global launch means no matter if you are in Tokyo, New York or London, PlayStation and Xbox will escort you to the future with rave reviews.

Sony’s PlayStation consoles have always been big business, and they’ve been the industry’s top dog since the first one came out twenty-five years ago. Even though the PS4 had a bit of a sluggish start in 2013, the inclusion of a Blu-ray disc player was certainly a big selling point, and the company once again had a console shipping over 100 million copies.

The PS5 is a good example of Sony realizing changing trends. There are two versions, one with and one without a disc drive. This means the latter one can only play games you download onto it, and because a disc drive costs money to build into a console, the one without is a cheaper alternative (although you will go through hard-drive space much quicker).

In terms of specs, the PS5 and the Xbox Series X are rather close (both are primed to offer a great opportunity to try what is always the next big thing in gaming, Virtual Reality, so stay tuned for that). What really makes the difference is the quality of games available at launch, and in that respect, the PS5 is definitely the better choice.

Exclusives like SpiderMan: Miles Morales and the Demon Souls remake are two perfect choices. The first a fun and bright and exciting superhero story that…really makes you feel like Spiderman! The other is an extremely challenging medieval beat down, where you fight ridiculously hard enemies that borderline on unfair (although the graphics are amazing, and you can admire the detail just before you die again and again. They are also promising a very tantalizing lineup for 2021, with sequels to Horizon Zero Dawn and God of War.

The real challenge is finding a PS5, though, as they seem to be sold out everywhere, with scalpers charging an arm and a leg (and maybe something else) if you want to get your hands on them. So waiting until months later to pick one up isn’t so much a choice, but the only alternative available.

It is fair to say that Microsoft has almost always been the scrappy underdog to Sony (while Nintendo has typically done its own thing, sometimes beating both of them). Their Xbox consoles haven’t had the same high profile game exclusives that Sony has had, with the exception of the Halo series. This is why the newest title – Halo: Infinite – being delayed until 2021 was a huge blow to the release of this new console.

Now the X and S are very different in terms of hardware. The X has higher display resolutions and frame rates, and much faster loading times. But S is selling for nearly half the price, while still offering the same game library, so if you are having to tighten your budget but still want to get into the newest console craze, this is a great way to do it. It is actually impressive that both consoles can play the exact same titles, so it won’t feel like you’ve gotten ripped off with the inexpensive one (besides, if the game really is fun to play, the graphics and loading screens shouldn’t make that much of a difference). In fact, the question might be why someone might decide to get the X instead.

While the PS5 might have better new games at launch, Xbox’s library of past games is much more accessible. You can play many, many games from previous consoles on the Series X/S, so if you ever skipped on the 360 or Xbox One, this is your chance to spend time with plenty of classic games, now with some improved graphics. Big franchises like Assassin’s Creed and Call of Duty and FIFA are here, in addition to big-name one off’s like Control and Ori. Xbox might not have the flash that PS5 does to start, but it’s a marathon, not a sprint, and the new Halo game will definitely infuse it with plenty of energy next year.

Since they released their eighth-generation console in 2017 (the Switch), Nintendo is not on the same schedule as Microsoft and Sony, so no one is really sure what they are going to do in the coming years to enter the ninth generation. There have been plenty of rumours that they will soon unveil an upgraded version of the Switch with perhaps more processing power and better resolution, similar to what Playstation did a few years after the release of the PS4.

It’s not much of a surprise that Nintendo is going their own way and not trying to compete head to head with Microsoft and Sony, as they have pretty much avoided similar console release dates for nearly fifteen years (although it worked out for them in 2006, when the Wii eventually outsold the PlayStation 3 and Xbox 360). Since it has always held the much more family franchises of Mario and The Legend of Zelda, Nintendo knows it can play on many gamers’ nostalgia, as the recent successful release of a collection of Mario 3D games and the hype surrounding the upcoming release of another Zelda game shows.