6 Exciting Browser Games You Can Play From Anywhere 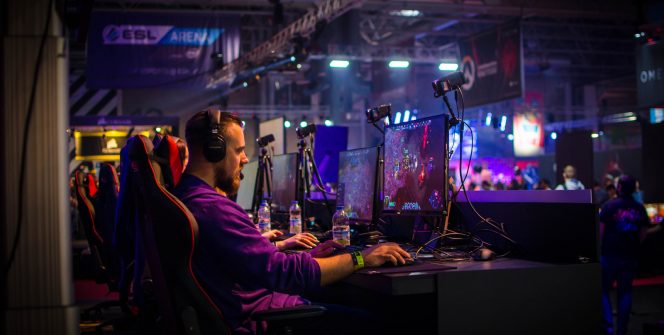 Bored at home? Travelling and don’t have access to a gaming console? Browser games, which run inside Chrome, Firefox, Safari or any other web browser, are making a comeback, with new games designed specifically for web-based play coming out every week.

Unlike conventional PC games, which run as separate applications, browser games are entirely self-contained and run within your web browser. They’re fun, creative and, in some cases, have the potential to become seriously engaging and addictive.

Below, we’ve shared six of our favourite browser games, all of which you can enjoy within your browser from any desktop PC or notebook.

A first-person shooter, War Brokers brings a cartoonish, cel-shaded art style to a browser-based game that plays like a mix of Fortnite and Counter Strike. Pick up a weapon and play as a team, or become king of the area in deathmatch-style combat.

In addition to traditional FPS gameplay, War Brokers is packed with fun vehicles for you to drive around the map, from tanks to helicopters. While the game won’t win any graphics awards, it’s a good-looking game that runs surprisingly well in a browser window.

Craving exploration? Treasure Arena is a Zelda-style dungeon crawler game that forces you to explore subterranean levels in search of treasure. However, there’s a twist — instead of playing on your own, you’re competing against three other treasure hunters.

Treasure Arena feels like a classic early-90s Nintendo game — a fact that is very much a good thing. With its varied environments and engaging gameplay, it’s a fun game to keep stored as a bookmark for weekends or slow, quiet days at the office.

Slot-based games are always fun, especially when you can play to win for real. Today, a large variety of different slot games that offer real winnings are available, with a range of brand new slots coming out every week.

In addition to the classic casino-style slots games, you can choose to play pop culture-themed variations, with games set in the Peaky Blinders universe, Wild West America, a mafia-inspired city and more.

Catan is a classic board game that’s beloved by enthusiasts. It’s also, thanks to this web-based version, something that you can play in your web browser from anywhere at any time.

This browser-based version of the timeless classic allows you to play against the computer or a group of real players. The game plays exactly the same as the board game, complete with lots of stressful negotiations and backstab-style moves to forge alliances and make enemies.

Set in a dark and humorous Gothic version of London, this text-based game offers a variety of exciting adventures set in the seedy underworld of one of the world’s most iconic and important cities.

Fallen London has been around for a long time, with the developers constantly adding stories and other content to the game over the years. If you’re a fan of classic narrative-based games, you’ll find a lot to enjoy as you explore and learn more about underground London.

The Civilization series has grown into a major franchise over the years, with the most recent games packing in a huge variety of different civilisations and features. They also, of course, require a gaming console or PC — something this browser-based game does not.

Freeciv is a classic, open-source game based on the original Civilization that lets you build an empire and grow your civilisation from the most basic periods of the Stone Age to the furthest reaches of the Space Age, all from your web browser.