Cassidy’s Experience Starting Out in a Man’s Field 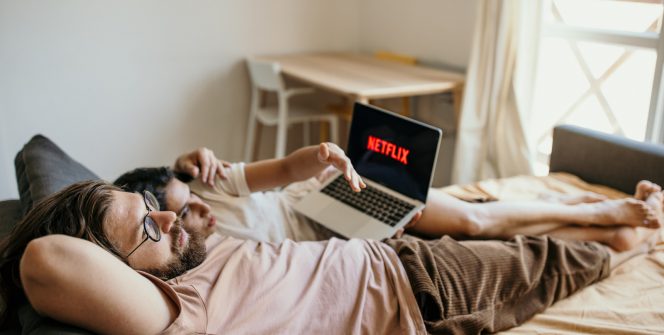 Everybody remembers their first job in their career of choice.  It is scary.  It is hard.  And sometimes things become so frustrating that you just want to visit FairGo casino login and just checkout from life for a bit.  And if you are a girl trying to start out in a traditional man’s field, those expected feelings can be even more intense.

If this describes you, or it describes a teenage girl that you know, then I would recommend watching the TV episode “Basket Case (Season 2 Episode 9)” from the TV series “Rust Valley Restorers”.  Note:  Netflix tags this episode as Season 3 Episode 3.

What is the TV Show Rust Valley Restorers About?

“Rust Valley Restorers” is a Canadian TV Documentary series about a car restoration shop run by a team of excellent, colorful, charismatic characters.  They restore, trade, and sell classic cars.  They transform piles of rust into collectible car treasures.

Cassidy is the youngest member of the team.  She started to work in the shop during Season 2 Episode 2 when she was only 16 years old.  She has been working at “Rust Valley Restorers” from September 8, 2019, to the present, as an apprentice.

Cassidy has always been interested in cars, and she has been working with cars since she was a little girl.  She was so into cars that she actually got the job before she even got her driver’s license.

She studied “Auto Collision Repair Technician” at Okanagan College.  So she took college-level courses before she was even 16 years old.  Now, that is dedication, determination, and a lot of hard work.

What is the Episode “Basket Case” (Rust Valley Restorers)?

It is an episode about Cassidy restoring her own personal Chevy Truck from being an old red and white truck that broke down a lot to restored pink and white, excellent running truck.

The episode starts out with Cassidy calling her boss to tell him that she is late for work, because her truck broke down.  They help her on the spot to get her truck running enough to get it to the shop.

Mike gives her permission to restore her old truck using the equipment in the shop.

Cassidy takes advantage of this to retore her truck.

Life lessons that a girl who is interested in entering a traditional man’s field can learn from this episode?

Cassidy has a strong personality, determination, dedication, and a strong work ethic.  Before she was even 16 years old, she enrolled in a local college to learn about the trade she was interested in, auto repair.  She was 16 years old when she got her first job at Rust Valley Restorers.  She wasn’t afraid to apply for the job, and get the job, even though she was young (16 and she did not even have her driver’s license yet).

But she got the job, and in Episode 2 of Season 2, she appears on the show for the first time, and she got her driver’s license (after 3 tries).  She did not let initial failures set her back.  She got back on the horse (or truck in this case) and tried again and a third time until she overcame her first hurdle.

During the first season, you sometimes see Cassidy in the show, but her role is minor, but not inappropriate for a brand new apprentice at her first job.

In Season 3, Episode 3, Cassidy’s truck breaks down on her way to work, so Mike (and other team members) come and help her get back on the road.  The joke with her about her old truck, but she is not afraid to state her mind (even to her boss).  She tells him that she loves her truck, why she loves her truck, and her vision for restoring her truck.

One of my favorite quotes from Cassidy from this beginning scene is when she talks about how she wants to see a big awesome truck and then a small woman getting out of it.

During the show we see Cassidy experiencing the ups and downs of her truck restoration project.  She talks about how she knows that she is a girl trying to start out in a traditional man’s field; how she feels that she has to work twice as hard to prove herself; how she has dreams of opening up her own restoration shop in the future; and how she views her apprenticeship as an opportunity to learn and prove herself.

She makes amateur mistakes, but she faces up to the mistakes and learns from them.  She puts in the extra work required to correct the problem and continues forward with her dreams.

Her hard work and dedication pay off, and by the end of the show, we get to see the finished car, a restored pink and white truck.

When Mike teases (in a friendly way) about the pink color, she replies very proudly, “I chose pink, because I wanted everybody to know that it is my truck and that I was the one who restored it.  I did not want them to think it was my boyfriend’s truck.”

I love her display of personality.  She is definitely a woman wanting to pursue her dreams in a traditional man’s field, but she has no problem balancing the two sides of this.  She loves pink and is proud of being a woman, but at the same time, she has no fear of her skills and ability in the field of auto mechanics.  Combine with that, her hard work ethics and her determination, and she will definitely fulfill her dreams.

Is this episode worth watching if a person is not interested in auto mechanics?

Definitely yes.  It is an inspirational episode that any girl can benefit from watching Cassidy Mceown’s experience in her first apprenticeship.  It doesn’t matter if the girl is interested in auto mechanics, writing gaming software, or even becoming a doctor or a lawyer, any girl can benefit by watching this episode.