How The VHS Tape Transformed Society 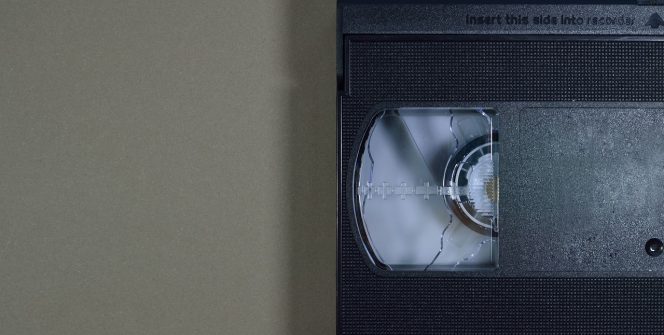 Today, VHS to DVD converter best buy solutions is a storage update service that is proving increasingly popular. If you want to rescue your VHS tape from gathering dust and slowly disintegrating from neglect in your attic or garage it’s the way to go.

VCRs have disappeared from our lounge rooms and entertainment centres along with all those videotapes.

However, upon its introduction, the VCR was an innovative technology that represented considerable financial and brand risk on the part of the companies developing it.

Sony’s vision helped kick start an entire new industry based around the fast-emerging VCR industry segment. Sadly for Sony, they lost the battle for public affection as the VHS tape emerged as the industry standard leaving Sony’s Betamax VCR to gradually wither commercially.

The frenetic pace of this competition also drove increased consumer acceptance of the new technology. Initially, the primary use of the home VCR unit was for the convenience offered by time-shifting free-to-air broadcast programs. By the mid-1980s as prerecorded videos became widely available, the playing function of the VCR became a primary use for it in homes.

Video in a home environment transfers the control over program viewing from the broadcaster to the viewer. These powerful images inevitably affected how people perceived the programs they were viewing, while almost simultaneously exploding the range and diversity of video images available to them.

The ability of reporters to video live events provided a huge fillip to the spread of the videotape format, while the camcorder enabled individuals to record personal experiences and family events in an easy-to-use, cost-effective format that required little technical skill.

The impact of VCR-related technologies can be most clearly seen in the way it forever changed the television and movie viewing experience. While the VCR allowed media producers to migrate into new areas, it also created an explosion of video content.

In the process, the humble VHS tape created a vibrant new medium of communication with all its economic implications.

Over time the continued development of the VCR format and the ubiquitous spread of videocassettes altered the economic fabric of media delivery ecosystems.

The VCR also posed new challenges to the copyright law governing the media production system until a 1984 Supreme Court ruling eventually cleared the way for home videotaping of television broadcasts to be permitted by copyright law.

The videocassette sector eventually grew into one of the driving financial forces of the entertainment, consumer electronics and marketing sectors. Revenues delivered through home video propped up the Hollywood entertainment sector for years.

Ready access to affordable VCRs encouraged viewers to shift their leisure time to enjoying feature films at home on videocassette rather than watching live television broadcasts.

Enter The Era Of MTV

By combining music with video, VCR technology changed society and ushered in the era of the MTV channel. Bob Pittman, vice president of the Warner-Amex Satellite Entertainment Co., has indicated MTV was initially conceived as a modular component of the home audio system, rather than as a stand-alone television channel.

This innovation allowed viewers to “see” music and to control when and where they consumed it. Music video opened up opportunities for bands and their performances to be seen by fresh new mass audiences who might otherwise have never seen them perform.

Adding a highly visual element to music transformed its appeal in a way mainstream television never quite managed. The influence of a visual dimension to musical performances had an immense impact on how advertisers perceived the new genre.

Today it is difficult to distinguish television ads from music videos. The expanded use of music to shape viewer perceptions and attitudes links directly back to the then newly discovered ability to tape music performances.

VCR technology also stimulated the invention of video games. Video games subsequently had a profound impact on children and how they spent their leisure time.

Countries that lacked established television stations or that provided limited choice in programming were suddenly opened up to a brave new world of entertainment thanks to the rapid spread VCRs.

Purchasing a VCR combined with ready access to prerecorded movies opened entire societies to a world of entertainment possibilities they had never dreamt of.

The emergence of local video production also created a new source of economic activity and the local film and television programming in almost every country VHS penetrated.

Time Is Running Out For Your Videotape

As those once-ubiquitous VHS tapes are consigned to dark attics and storage boxes in the garage, time is ticking away to restore them to their former glory.

As VCRs disappear from our homes, so the need for practical ways to transfer VHS tapes to DVD grows.

If you have captured historical family events, such as a wedding, your baby’s first steps or a graduation ceremony transferring those treasured memories across to DVD is more important than ever.

Moreover, budget permitting, your VHS to DVD converter best buy can make adjustments to your source tape to improve audio levels and quality, brightness and contrast together with ameliorating inconsistent colour palettes.

Many services offer additional features, including dubbing in titles, a table of contents, and chapter headings.

Once on DVD, those memories can be copied or uploaded to the cloud so they are never at risk of being lost again.

So, take advantage of VHS to DVD converter best buy solutions and rescue your VHS tape from slowly disintegrating in your attic or garage. After all, given the contribution the VHS tape made to modern society, it’s the least you can do for your personal slice of history.