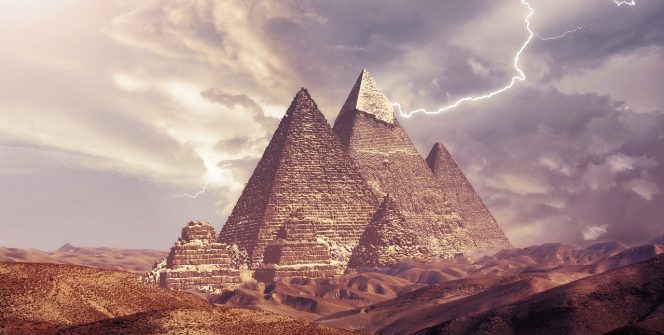 The Book of the Dead is a fascinating subject that has prevailed since the times of ancient Egypt. It is a guide to the afterlife, and it is full of images of the ancient world. It is their mythology of how to pass through the underworld to the afterlife. There are a number of books that have different authors, and each one has its own variation. They serve as a guide for the dead to use when they are traveling all the way to the afterlife.

What Is the Book of the Dead?

Although it sounds like the Book of the Dead is one book, it is actually more of a guide that was transcribed for people to take with them to the afterlife. Scribes would prepare the book for a burial, and the contents would vary depending on which scribe put the book together. In addition, some scribes would prepare books with blank spaces for the names of the dead, and that way they would be ready ahead of time.

There are long papyrus versions of the Book of the Dead, but some of the spells and passages from the test were written on the walls of tombs, on mummy wrappings, and even inside of a mask.

When Did the Book of the Dead First Appear?

The Book of the Dead first appeared in the New Kingdom, but it started before that as a text in magical funerary writing. The Pyramid Texts were first used for Egyptian royalty, but another version called the Coffin Texts were written on the coffins of the wealthy and elite Egyptians. By the time of the New Kingdom, the Egyptians believed that anyone could make it to the afterlife as long as they had the Book of the Dead.

What Is in the Book of the Dead?

The god who was associated with resurrection is Osiris, and Re is the sun god. They were both the most important gods in the book. There were 42 other gods in the book as well, and all of them take a turn judging and testing the dead. There are usually four sections in the book.

The dead enter the underworld, and in the first section, they get the physical abilities of a living person. They join Re to rise as the sun each day, and then they travel across the sky before they face judgment by a panel of gods. If the soul isn’t destroyed, they will join the gods at the end.

The key is to pass through the entire journey and say the spells they need to say at the right time, and they also have to answer the questions of the gods. The Book of the Dead contains all of this information.

The Importance of the Book of the Dead

These books were very important to the ancient Egyptians, and they are a huge source of information for Egyptian religion and their beliefs about the afterlife. Ancient Egypt continues to fascinate people even today. Many movies have been made over the years, including Book of the Dead in 2018, Necronomicon: Book of the Dead in 1994, and Conjuring: The Book of the Dead in 2020. It also makes its way into popular culture in other ways, such as through games. There are PC games, board games, and even the Book of Dead casino game, the most famous title from Play n Go.

The video slot game has high-definition animation and smooth performance that you can play on mobile and tablet versions. It is an exciting game, and if you get three or more books in any reel position, it triggers a free spin sequence. It has great graphics, sounds, and animation, and players get excited to see what will come up. It is a great example of how the Book of the Dead still survives today.

The Book of the Dead has been around since ancient times, and it remains a fascinating topic in popular culture today. It was significant to the ancient Egyptians, as it had all of the instructions in it for the dead to reach the afterlife. Today, you will find it in popular culture, such as movies, books, and video slots.