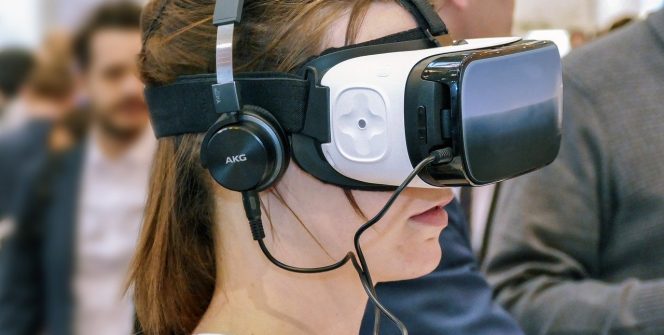 These days, kitchen designers are increasingly turning to virtual reality (VR) and augmented reality software to create designs for commercial and corporate kitchens.

An team of designers who specialise in kitchen design understand how important it is for their clients to be able to see what a new commercial kitchen will look like when it’s completed.

Such organisations use VR design throughout the design process, from the initial consultation with the client right through to project completion. That approach enables the client to see just how the concept will turn out, and the client can work with the design team to add more details and make changes as required throughout the process.

But is VR set to take the place of traditional Building Information Modelling (BIM), and what’s the difference between them?

For many years, BIM has been used to create a physical 3D model of the final kitchen design.

In contrast, virtual reality (VR) is more heavily involved in the design process, producing an electronic rendering of the kitchen.

VR enables many people in remote locations to collaborate on the same drawing in real-time while using a variety of different formats simultaneously. VR that’s experienced via a headset allows the user to seamlessly blend their work with someone else, possibly utilising the screen of a mobile device. That means you can still have input into the design of your new kitchen, even if you’re located in another region or country.

BIM and VR working together

There’s a place for both BIM and VR in the commercial kitchen design. VR allows the kitchen design to evolve, based on client and designer interaction. BIM enables the client to view the finished kitchen in miniature before work on fitting the kitchen begins in real-time.

Once your new commercial kitchen build is underway, the VR renderings used in the design process can be used for marketing purposes. That’s a great strategy for building owners that works to attract and keep tenants. VR images of 3D renderings can be used to provide progress updates to project stakeholders and current tenants, as well as attracting potential new ones.

That resulted in the unoccupied space in the building being leased before the construction phase of the project was even completed.

Another highly effective way of using VR renderings for marketing purposes is to give VR headsets to everyone attending the opening of your new restaurant or business. Consumers, local media, dignitaries, and staff can enjoy a virtual tour of the new commercial kitchen in 3D. Although using VR in that way is still to catch on, it’s a great way of bringing an entire community on-board a project.

VR renderings can also be used after the design stage of a project as training material for new employees and business openings. You can create fly-through videos from many different viewpoints, including that of a chef, server, or customer, to portray how that individual end-user will experience the new kitchen.

That can be incredibly helpful for a large-scale roll-out, as creating a virtual experience of their new workplace can give employees the unique opportunity to fully appreciate the experience of co-workers and customers, in the case of a commercial kitchen where diners can view kitchen staff at work.

Such videos allow employees to stop at each critical point of their interaction with colleagues, peers, and customers, enabling management to discuss how they want things to work in each area of the kitchen.

BIM and VR are both widely used in the commercial kitchen design process, and both play an important role. Of the two, VR is easily the more versatile of the two applications and can be used to perform many more useful functions for the client after its use as a design tool has become redundant.

BIM, on the other hand, has a relatively short shelf life once the new kitchen has been built and the new venture launched.