Why Do We Still Love Retro Technology? 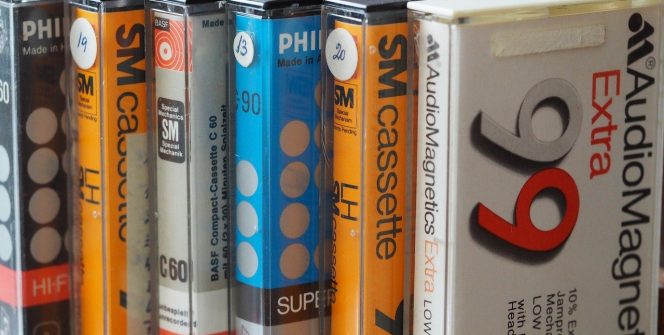 Retro is back! And we’re not talking about those classic slot machines the old generation calling them fruit slots. Those of you who haven’t yet thrown away your tapes and video cassettes may have the last laugh, as reports indicate that VHS tapes are making a return. As with vinyl records before them, whose unique sound shot them from being the standard format for new music to the stuff of collectors’ dreams, tapes are returning. Artists such as Coldplay, Robbie Williams, and Liam Payne (from One Direction) are releasing music in the tape format. The industry was not expecting this, so the magnetic ribbon used to make the tapes is actually in short supply. 100,000 tapes are expected to be bought before the close of 2019, doubling 2018’s lacklustre figure. But why, when we have such modern technology, are we so interested in the retro technology of the past? And what else could make a return?

Unveiled in September 2019, the iPhone 11 drew criticism from fans of Apple, who were expecting more. While the phone’s speed and battery life eclipse its predecessors’, and it may have the ability to handle newer systems such as 5G, the only real advantage was the camera. The iPhone 11 comes with a dual-lens system that adds focal length to the camera – meaning the pictures will be better.

However, consider the cost of the iPhone 11 compared to its retro equivalent, the pager. Pagers were officially discontinued in October 2019. Still, around 1,000 people in Japan still regularly use pagers, 130,000 of those working for the NHS use pagers and roughly 80% of UK hospitals still make use of the technology. This shows that there is still a need for something cheap and simple that just allows users to send and receive quick messages. An iPhone would be cumbersome and potentially distracting in a hospital setting, for instance – and expensive if just used to page a doctor to a different ward.

Most people who were around for the advent of video gaming will have played an Atari and will be thrilled to know that it is still thriving. In fact, reports indicate that arcade and retro gaming is making a comeback. Retro gaming bars and clubs are opening throughout the country. In the era of hyper-realistic graphics, there’s something comforting about delving back into the past to play a 2D scroller game. 2017 saw the release of a new gaming console inspired by the original Atari 2600, and the company has pledged to add more mobile gaming facilities for those who want to engage with old classics. The nostalgia factor of playing these kinds of games helps take us back to our youth and reminds us of simpler times. There’s also lots to be said about the gameplay of such titles compared to their modern counterparts.

The fact that the new Pokémon games, Sword and Shield, managed to sell so many copies in their first week, shows that those who began dabbling with the game back in 1995 are still eager to engage with it. The new tech to play it on – the pricy Nintendo Switch – helps modernize such a classic. The reason that retro gaming machines such as the Atari are making a comeback is the same reason that Pokémon is still selling out – the nostalgia factor attached to the technology gives us positive feelings.

The Samsung vs Apple war may still be ongoing, and indeed might outlive us all, but what happens when we compare the latest Samsung Galaxy Tab S6 with the original Apple Macintosh? The pioneering personal computer, released in 1984, only had 128 KB RAM, while the current S6 has 6GB of RAM and 128GB of internal storage. To compare the two, a GB contains 1,073,741,824 bytes, while a KB is merely 1024 bytes. So, the handheld tablet Samsung produced in 2019 hits the original Apple Mac out of the water. Yet, the Apple Mac has received some improvements over the years, with many users staying loyal to the desktop version of the brand’s computer in honour of the original.

The Cost of New Technology

While technology is improving the state of each gadget, the price isn’t really fluctuating. Despite the appeal of such high technology, it still comes with a hefty price tag. The Nintendo Switch, for instance, remains far more expensive than its competitors were 20 years ago. New technology means the device is almost unrecognisable from its predecessors, and that includes having lost some of its accessibility.

Newer, faster systems may help our lives, but the cost of replacing them is high, which is why so many people are signing up for insurance on gadgets such as tablets and smartphones. Ensuring they have peace of mind to protect something that would be expensive to replace means that people can enjoy their tech without worrying about damaging it, losing it, or having it stolen. This could help remedy the fact that gadgets have increased in price and could make people more likely to shell out for them, knowing if something happened they wouldn’t just lose their investment.

The retro equivalents of our modern tech gadgets seemed like the pinnacle of innovation and design when they were introduced but ultimately, as technology improves, so to do our expectations of what our technology can do. Pagers, tapes, and Apple Macs were once seen as the definition of trendy, while nowadays anything older than an iPhone 6 is largely considered obsolete, except in a few very specific circumstances – such as the hospital scenario described above. Yet, some retro technology still remains popular. As tapes, the Atari, and even the pager lasting so long show, we seem to enjoy the nostalgic feeling of retro technology that reminds us of an exciting time and days gone by. It wouldn’t be too surprising if other retro gadgets begin to make their comeback, too – so don’t go throwing away your DVDs or CDs just yet.