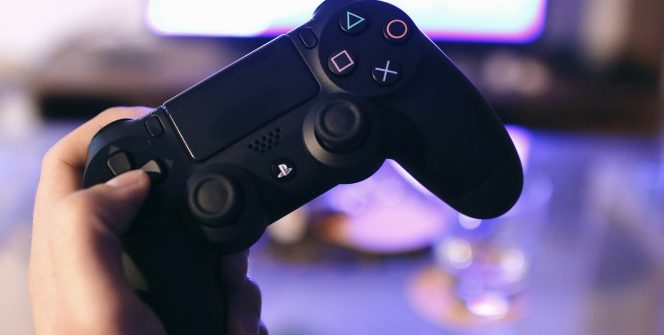 Minigames have long been a feature of many RPGs and whilst some of them are unique to the game itself, many RPGs include more traditional card games, bringing a fun gambling element to their title. Let’s take a look at the very best ones.

The Grand Theft Auto franchise has grown massively popular, due in part to the variety of minigames included in the game. GTA: San Andreas is perhaps one of the most well-known of the franchise having not only a huge variety of side missions but the ability to massively customise the protagonist CJ. Players can go to the gym to tone up and increase CJ’s strength and stamina, practice at the gun range to become a better shooter, even go on dates with a variety of NPCs. Given the adult nature of the game itself, it comes as no surprise that one of the most popular ways to make money is by gambling in the Las Venturas Casino once this becomes available.

Amongst the games available are roulette and blackjack, which were at the time games not widely played by gamers outside of a night at the casino, adding to the charm of the feature. That has all changed now, of course, and with millions of gamers now taking advantage of the live dealers and lifelike atmosphere with live blackjack at William Hill, rendering the casino gameplay in titles such as GTA a little ‘old hat’.

As with many of CJ’s skills, his gambling ability is poor, to begin with, and this is reflected in the amount he gambles at any one time as well as being restricted from the tables with higher betting limits. The player has to build up CJ’s gambling skill to unlock these games and thus play with higher-stake bets, enjoying the experience of casino gameplay as they go.

For fans of the series, this has been eagerly awaited. As well as displaying many of the characteristics that Square Enix is known for in their Japanese RPGs, Dragon Quest XI introduces horse racing and a casino that offers slots, poker and roulette. Gold accumulated during gameplay can be exchanged at the casino for game coins that the player can then use to play the various games.  These minigames allow the player to increase their wealth and can then be exchanged for valuable items or prizes. Winning at the horse races will also yield items for the player. Combined with a variety of quests, puzzle solving and pleasing 3D graphics, Dragon Quest XI: In Search of Departed Time is sure to be another winner in the Square Enix stable.

When it comes to post-apocalyptic RPGs, there is no doubt that the Fallout Franchise is up there with the best of them. Fallout: New Vegas is the fourth instalment in the series and whilst not being a direct sequel to Fallout 3, it is set four years after the events that occurred in Fallout 3. Players take on the role of “The Courier”, who is shot in the head and robbed whilst on the way to deliver a package to New Vegas (formerly Las Vegas).

Even after the apocalypse, Vegas would not be Vegas without casinos and a game of blackjack can be played for bottlecaps in the swanky Vegas casino. Once the player has checked their weapons at the door of course as no weapons are allowed inside the casino. However, as you would expect for a post-apocalyptic Vegas, a quick back alley deal can secure you a hidden weapon to take in to the casino should you feel the need to go in armed.

The Future of Minigames

Minigames are a great way to pass the time or take a break within these types of RPGs and with established franchises, it is no surprise that the types of minigames are being changed to suit the growing maturity of the target audiences. It is altogether possible that in future releases for such franchise that we can expect to see even more gambling based minigames.