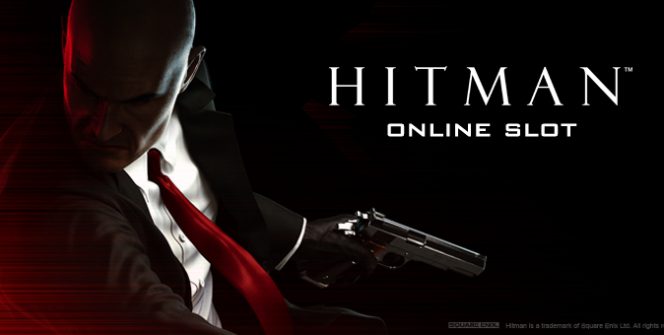 Did you know that Lara Croft was not only a bad ass when it comes to scaling ancient ruins, but a generous old soul? What about Hitman, were you aware that he’d rather pump you full of cash than bullets? Finally, there’s Monopoly and the fact you can actually win some money rather than paper representations of it as you spin around the board. Basically, if you’re a gaming fan, there are ways and means of connecting with your favourite titles and getting more in return than a few hours of fun.

Still not with us? OK, here it is: thanks to the online casino boom, you can now play video games in slot form. Now, it’s worth noting that you won’t be able to “play the game” in the traditional sense as online slots don’t have the capacity to offer multiple levels, bad guys and everything else in between. However, what they can do is bring you all the imagery, animations and general vibes of the original. Indeed, when you check out some of the mobile slots, you’ll see everything from movies and TV shows to famous faces being used to give each game some more depth.

In line with this, classic video games have also been used as a foundation by many of the leading developers. From NetEnt and Microgaming to Playtech and beyond, you’ll now find a myriad of computer game slots across the industry. As you’d expect, the benefit of these games, aside from the fact they feature your favourite characters, is that you can win money. As we said at the top of this piece, Lara Croft is not only a bad ass but generous because she hands out cash in her slot game. The same goes for Hitman, Monopoly and every other game of this ilk.

To help give you a better insight into the world of video game slots, we’ve picked a few titles you might want to check out. In fact, what’s great about these games, moreover the online casino industry, is that you can play these games for free before you bet your own money. Join any of the top-rated online casinos and you’ll be able to demo each game before you play for real prizes. So, without further ado, here are some of the top video game slots available today…

Tomb Raider: Featuring five reels and 15 paylines, this game is all about visuals. Taking official images, animations and sounds from Tomb Raider, this slot could almost be a sub-level of the main game. Indeed, as you spin, Lara Croft will be an ever-present force, while the bonus round will see you hunt for cash prizes behind a selection of idols just like the game’s hero would.

Hitman: As dark and moody as the actual video game, this Microgaming slot is an official part of the Hitman franchise. Because of this, you’ll not only see familiar features and items from the game, but features that link to the overall theme. For example, if you can unlock the contract bonus round, you’ll have to select a target to, a weapon to use and then enter a code into the computer. At this point, your mission will unfold and a prize will be revealed. This level of depth and gameplay is something you won’t find in traditional online slots and is a direct result of being linked to a product like Hitman.

Birds on a Wire: Although this Thunderkick creation isn’t officially licensed by Rovio and the Angry Birds franchise, it’s pretty clear where the developers got their ideas from. Trading off the popularity of the mobile game, Birds on a Wire starts with a flock of birds, unsurprisingly, sitting on three wires. Unlike other online slots that have reels spinning, this game has the birds flying in and out of position as you bet. This dynamic is almost unique in the industry and a great example of how video games have inspired a new way of playing slots.

Arcader: OK, so this one isn’t really based on any particular video game, but it is inspired by the industry in general. As you’ve probably guessed from its name, Arcader is all about old-school graphics (think 8-bit-style blocks) and quirky sounds. Beyond its looks, this slot has bonus features such as the “Expander” which grow to cover an entire reel just like Mario expanded when he ate a special mushroom. Similarly, the mystery box is reminiscent of virtually any 80s/90s platform game you’ve ever enjoyed. When you piece all of this together, this slot really does have that arcade vibe we all know and love.

Overall, if you’re a fan of computer games but fancy interacting with your favourite themes and characters in a different way, slots are a great option. Regardless of whether you play for free or real money, there are plenty of options out there that video gamers will love.