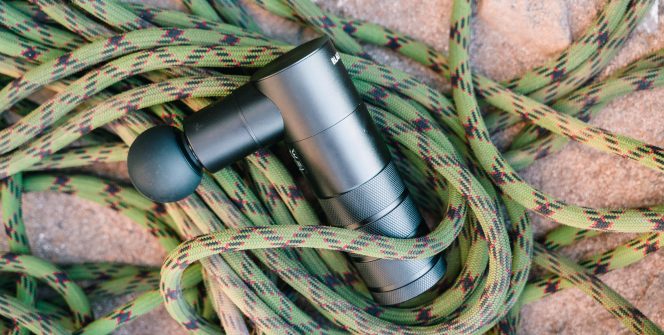 When you’re choosing any kind of tech, it’s important to define one thing first: what is your budget? How much money you have to spend on the item will determine its quality, utility, and various other things, so you need to make sure you’re spending at the level you want. As such, you’re going to need to put some serious thought into how much of your bank balance you want to fork over when you’re buying something that’s important for your lifestyle.

That goes for massage guns and other fitness equipment, too. While great sites like bestmassageguns can give you some great information about which massage guns you should purchase, it’s also helpful to understand the minutiae of what changes when you’re buying an expensive massage gun versus an entry-level model. Without further ado, let’s take a look at some of the key differences between budget and high-end massage guns.

This is, perhaps, the most obvious thing you’ll notice about expensive massage guns when compared to entry-level versions. The build quality will be much higher to reflect the fact that higher-end models will cost you significantly more. This means you’ll probably notice better materials – less cheap plastic and more rubber, for example. You may also notice that the gun as a whole is more ergonomic to hold and use, reflecting the fact that higher-end guns are usually made by industry professionals while budget models often don’t have the involvement of pro athletes or scientists guiding their design principles.

As well as the external build quality, internal components will also be superior if you buy an expensive massage gun. You’ll notice, for example, that if the massage gun has a rechargeable battery, it’ll be a better one that lasts for longer if you splash out a little more. In addition, you might notice that the charger features a higher-quality connector that’s not as likely to erode or get damaged with repeated use. That’s not to say that cheaper massage guns will cut out on you or fail; you just might notice that they wear down quicker or have more quirks than those that cost a little more.

Massage guns work by applying waves of vibration to muscle tissue, which is why you’ll sometimes hear their functionality referred to as “vibrational therapy”. More expensive massage guns have better-made percussive heads, so you’ll usually find that they apply force to a wider region of your musculature. Cheaper massage guns can usually be manipulated to give a more wide-ranging effect, but you won’t need to do this with a more expensive model. In short, higher-end massage guns will give you a more effective massage for the most part.

Before we start here, it’s worth remembering that just because a product has more features, that doesn’t make it a higher-quality product. For example, more expensive guitar amplifiers often have fewer settings than their cheaper counterparts. This is because they focus on doing one thing very well rather than trying to be a jack-of-all-trades. However, you will probably notice a difference between massage gun feature sets based on price; you may notice that more expensive guns pride themselves on simplicity, while cheaper guns try to pad out their feature sets to appeal to more customers, for example.

Most of the differences between massage guns at different price ranges can be observed in the fine details. For example, if you pick up a cheaper gun, you might notice some buzzing sounds in the internal components while you’re using the gun, especially at higher speeds. You may also hear components rattling around inside the gun, which is something you definitely won’t experience in more expensive products. Again, this comes down to the quality of engineering involved; more expensive guns are likely made by bespoke engineers and have more expensive production processes.

The fact is that a massage gun is a physical, mechanical device, and so its ability to provide percussive therapy to your muscles is pretty much set in stone. As long as the massage gun has a head attached and works the way it’s intended, then it will almost certainly have some kind of effect on your aching muscles. However, a more expensive massage gun will probably feature smoother motion and a less aggressive motor, which means you’ll have a lower chance of overdoing it and damaging your muscles further while you’re using it.

Much like build quality, you might notice that more expensive massage guns have a better form factor, which makes them more comfortable to hold over long periods of time. A higher-end massage gun will have been made with comfort and fitness in mind conjunctively; it’s not just about your muscles, after all, but also the hand that’s holding the gun and whether it’s able to effectively administer treatment for the recommended amount of time. Cheaper massage guns won’t be “worse”, necessarily, but you might notice some slightly more awkward form factor design decisions that make them a little more difficult to use over prolonged periods of time.

Although we’ve pointed out a lot of differences between higher-end and lower-end massage guns here, the fact is that you may not actually notice much of a difference. Lower-end massage guns have become incredibly well-designed and well-made over the last few years, and the gulf between leading brands and up-and-comers has significantly shrunk. Whichever massage gun you pick up, you’re doing your muscles a favour, so you should be proud of yourself for that!