How Are Things Today in The VR Gaming Field for Online Platforms? 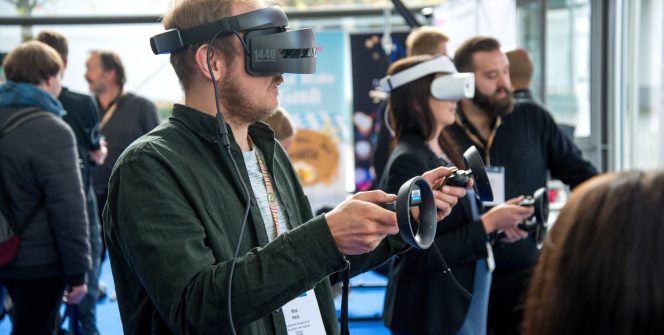 After the first trials, the prospects of VR gaming interested many major developers. For example, the Swedish provider NetEnt produces complex game projects that combine a three-dimensional image with surround sound for maximum immersion. The first most successful virtual reality slot is Jack’s 3D World, based on the popular Jack and the Beanstalk slot.

Microgaming is trying to keep up with its direct competitor, especially since this company has always been considered innovative. It was the first who developed a mobile casino and software for a gambling platform on a smartwatch. And now it has several augmented reality applications on its account and a prototype of a virtual roulette that will take users to a table in space, where a robot acts as a croupier. Interaction with objects and the environment is realized with the help of glasses, headphones and controllers.

If earlier in order to try these technologies personally, you had to buy an expensive helmet, now VR equipment has become more affordable. Besides it, many other solutions have appeared.

What to expect in the future

Virtual reality technology in the casino definitely has good prospects. First of all, it is interesting to users, because they get the maximum view inside the three-dimensional hall, hear sounds and can interact with the environment. It is quite easy to attract customers with such functionality, but so far it costs companies too much.

Software for VR projects should be as reliable and stable as possible, noted Darren Keane from Storm International. If bugs and suspensions are not critical in a regular casino, then they can completely spoil the immersion effect.

Although virtual reality helmets have become much more affordable than a few years ago, relatively few people have them. And those who own such a device and are interested in gambling are even fewer. Therefore, so far the direction is small, and a narrow target audience cannot always cover the costs even for software development.

In many countries, there are problems with legislation, since the legal sphere of VR is not regulated‌. And yet experts predict technology success in the online gaming industry. And one of the most promising areas is the transfer of offline establishments to virtual reality. That is, being in another part of the world, the user will be able to ‌visit the famous casinos of Macau and Las Vegas.