The Latest Tech For Gamers 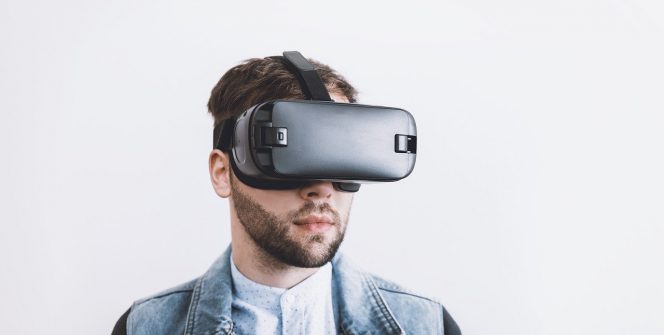 Gamers are a highly competitive bunch. They love playing against each other as this pushes them to get better. The most serious ones train several hours a day to improve their motor skills, hand-eye coordination, in-game decision-making, and strategic planning. In the competitive eSports gaming arena its vitally important to have a competitive advantage. However, there are limits to how much they can improve in these areas over certain timeframes. They also can’t escape the fact that they are highly dependent on technology. They need the latest tech to compete with the best. Below are some of the things that gamers use to improve their performance:

Gamers are sensitive to speed. They hate delays when it comes to input or output because a millisecond can change the complexion of a game. They want to be able to react quickly to what’s happening and one of the best ways to do that is to use a high refresh rate monitor. Most screens have a refresh rate of 60Hz. This means there are 60 images flashed on the screen every second. This doesn’t really matter much if you are just browsing or writing a document since the image doesn’t change much. However, it is crucial in dynamic games. A higher refresh rate gives you a smoother experience and a better grasp of what’s happening in the game. You can react faster to stimuli and beat your opponents. Some monitors can provide up to 240Hz.

It’s amazing to see the progression of gaming graphics from the early days to the current era. Some titles are able to deliver mesmerizing 3D characters and effects. Games are becoming more immersive as you feel more like you are in a real world instead of a virtual one. These are possible because of cutting-edge CPUs and video cards that provide the processing power under the hood. However, they can push temperatures to critical levels so excellent cooling systems are also required to keep heat under control. Otherwise, you will see an automatic drop in performance due to thermal throttling to prevent damage.

Although most games are still played using flat monitors, there is an increasing number of titles that can take advantage of virtual reality headsets. These are designed to transport people into these virtual worlds and provide them a 360-degree field of view. VR still has a long way to go but it definitely has the potential to change esports, entertainment, ecommerce, and so much more.

These desks have gotten popular with office workers. Some gamers use them as well to adjust the height of their screens for optimal comfort and prevent muscle tension throughout the day. After all, most desks adhere to a certain height range for mass appeal, yet many gamers don’t fall within the average. If you are taller or shorter than most people, then you might need to get a customized desk or get an adjustable model. You can increase or decrease the height in two ways. Manual adjustment uses a crank and the user’s effort. Automatic adjustment is possible with a built-in motor. Just push a few buttons and create presets.

A cluttered desk is a distraction and a hazard. Gamers may have trouble concentrating if there are lots of wires running about above and below the surface. Fixing problems can take a while since it can be hard to trace and untangle these. New cable management systems are able to organize everything and create a clean environment. Wires will no longer be an eyesore. Upgrades and repairs will be easier to perform.

Although most games will allow players to compete against the computer, many will offer competitions against others from around the world. This is possible as long as there is a connection to the Internet. If there are multiple machines connecting to the Internet, then the use of an advanced gaming router is necessary to deliver the fastest speeds to the machines that need it most.

The mice and keyboards control movement during games. Players need input devices that can work as fast as they do for split-second reactions. They will be able to avoid getting shot and may even take out the enemy before they launch an attack. These devices should also have high accuracy so that players can go where they need to be and hit the right targets. Gaming keyboards typically offer programmable RGB lighting to help players identify different zones in the dark. Mice often has programmable buttons near the thumb as well.

Mobile gaming has taken off as well. These have become the most popular type of console although they may not all be designed for heavy gaming. Some have better processors, displays, and screen sensitivity than others. Not all players like gaming with their thumbs directly on the screen. They may prefer using Bluetooth controllers instead.

Sound is a big part of gaming. You may be able to hear an enemy approaching from your back with the right headset. Invest in a highly rated gaming model that offers surround sound, deep bass, and excellent clarity.

Gamers sit in one spot for hours while playing games. This can create problems with their back over time. It may be prudent to stretch before and after matches. They should also consider using portable massage tools such as battery-operated massage guns on sore spots. They can also use compression gloves and other therapeutic items to prevent overuse injuries. These will help them play longer without feeling pain.