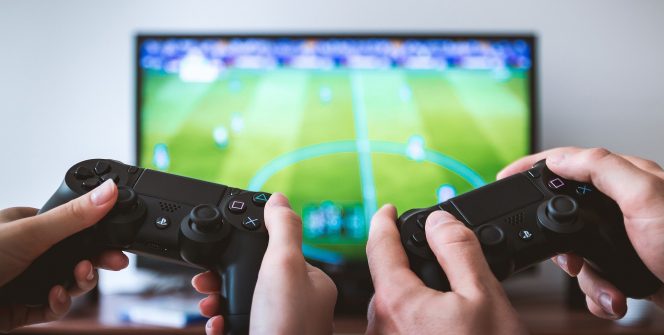 It is with great pleasure that after reading some esport news, I now bring a little more about this way of looking at video games. Nothing more, nothing less, than a brief analysis of the main benefits inherent to entering the world of competition and the so-called eSports.

So, without further ado, accompany me on this little journey.

1 – Increase in the ability to work as a team

It is true that the competition can also involve solo incursions in games such as football simulators or motor racing. Still, I think it is sensible to say that most competitive games are based on the dispute between two or more teams, composed of players who spend a lot of weekly hours training and improving their efficiency as a group.

Thus, teamwork ends up being a core requirement. And with the passage of time and accumulating the experience of several official matches, it becomes quite obvious that if a team wants to be successful they need to strive to achieve communication and a truly excellent mutual assistance. This ability can develop over time and can prove to be extremely useful outside the world of video games.

Friendships created via the internet and new technologies can often be overlooked and seen as something strange and difficult to accept, especially by more backward people. Even so, only those who do not really want to see, or are not in the least aware of the subject, refuse to accept that video games manage to bring people together and create true friendships.

ESports are one of the areas in which this phenomenon occurs most easily. Spending hundreds of hours with a group of people Online and then going to Offline events and having the opportunity to put a face to the name is an unforgettable experience, where true bonds are created that can strengthen, repeating the experience year after year.

3 – Learn to deal with defeat

Because in a world where the margin of error is minimal and there is not much room for early dropouts or players who are unable to get up after being thrown to the ground, I believe it is more than obvious that another of the advantages of joining a competitive team it is due to the acquisition of a new way of seeing defeat.

Each less good moment offers a new lesson and a new approach to the situations with which we are confronted. Learning from mistakes and realizing that each defeat, no matter how heavy, carries something to learn, it is a lesson that can have practical application in life and that in the world of eSports is pushed to the limit.

In the same way that teamwork is essential for success in the competition, respect for “superiors” also ends up becoming an important path to follow on the path to victory. The hierarchical chain is not always present in competitive teams, but when it is, its stability is a factor that must be estimated.

The importance of this characteristic, not only in the Online world, but also in real life, mainly in the job market, makes this one more advantage to add to the list of benefits inherent to the competitive practice in video games.

As a true highly competitive sport, most e-sports also require the acquisition of a greater ability to react to unexpected situations. Quick reflexes, especially in situations of high stress and pressure, are especially important in first and third person shooters, or games of the League of Legends style, in which any mistake can be fatal.

This is a characteristic that can be easily acquired with some training, and that can then be transferred to other everyday situations.