NetEnt Starburst – One of the Most Popular Online Slots? 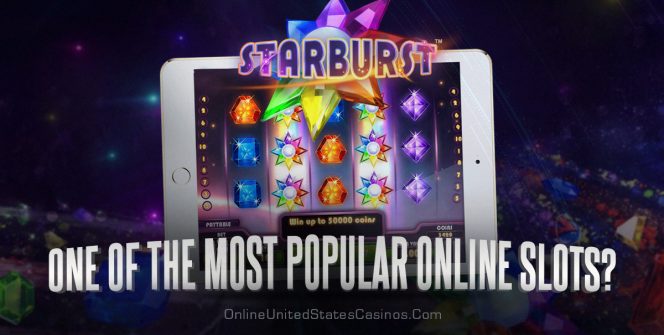 Experienced online casino patrons know that slot titles come and go. That is simply the nature of this beast. According to estimates, there are over 15,000 reel-spinners in the digital sphere, but even the most hardcore reel mavens would struggle to list fifty.

Almost all online slots, post-release, follow the same popularity pattern. A provider unleashes a product, and a slew of internet reviews follows. After a week or two of availability, the game picks up steam and begins racking up decent player numbers. Two months later, it loses about 90% of its spinners as they move on to fresher releases.

The reality is that the slot format has inherent limitations, at least for now. So, it is hard for developers to create something that truly stands out. Given this state of affairs, most players are on the lookout for novelty and massive win potential. However, there are always rare exceptions, games that stand the test of time. Swedish developer’s NetEnt’s Starburst is one such example, as market analysis shows this reel-spinner that hit the internet in 2012 still ranks as the most-played game in the industry. Why? We attempt to explain that below.

So, what makes Starburst so unique? What has led to it attaining its legendary status within the iGaming sphere? That is the million-dollar question that all online gambling experts struggle to answer. In all honesty, this is a pretty straightforward game that incorporates zero unique features. Maybe that is its appeal, simplicity. It fuses vintage gameplay with modern visuals to create a gambling experience that is uncomplicated but exhilarating.

The game has no real theme. Given its name, you would assume that it has something to do with the universe or space exploration. Yet, it looks and plays more like a classical 1980s Vegas machine than anything else. It has old-school playability with cliché graphics that get boosted by nifty animations.

Starburst is a five-reel, three-row slot with ten paylines. Its single, distinctive element is that wins here happen both left to right and right to left, as it utilizes the pay both ways mechanism. It is a low variance title, where you can expect winning combos to form, on average, on every fifth spin. These will not award massive prizes but will occur with some regularity. The default return-to-player (RTP) here is 96.09%, which is the industry standard. However, like other NetEnt slots, the Swedish juggernaut allows flexibility regarding this game’s payout percentage. Thus, the Starburst RTP may vary from operator to operator. Depending on the market and a specific casino’s wishes, it can range from 90.05% to 99.06%.

The smallest bet you can put down on this game is a penny, and the largest one is one hundred quid. Thus, it is a title suitable for players of all sized bankrolls. The max prize here is x50,000 your bet, which is more-than-decent. Nevertheless, your chances of landing such a reward are slim, but the possibility always looms. When it comes to bonus features, that aspect of the game is a barren wasteland, with only the Starburst Wild breaking up the monotony when it lands on the second, third, and fourth reel. It triggers a re-spins and expands to cover its whole reel while remaining locked.

If you are a newbie looking to experience some reel-spinning action, and if the review above was sufficient enticement for you to try out Starburst, you can win reel money on this game if you play on these online casinos listed below with a verified account. Veteran spinners are likely aware of the platforms we are going to mention, as they all are industry mainstays, with years of experience and excellent reputations.

888 Holdings is a massive publically traded company whose stock is available on the London Stock Exchange. It is a super-brand in the online gambling sphere that operates several platforms in each industry sector. Its online casino segment bears the name 888casino, and in 2013, it became the first exclusively licensed operator to accept USA players. Few players know, but this platform was first called Casino-on-Net and is one of the oldest existing internet gambling sites and one of the few that offers a no deposit bonus.

Speaking of industry old-timers, JackpotCity Casino is another battle-worn platform that has been in the game since 1998. It greets new players with a welcome bonus of $1,600 spread out over their first six deposits and has a library of close to 600 gaming titles. It accepts deposits in eight currencies and also allows the use of Bitcoin.

Most UK players are likely already familiar with Betway due to its association with multiple top football clubs. In 2015, this Malta-based operator became the principal sponsor of West Ham United FC, and footie fanatics may remember seeing their logo on kits from La Liga teams such as Real Betis and Levante UD. In the UK, this company also sponsored the Davis Cup and the Premier League of Darts. Its online casino site launched in 2005, and it boasts a wide selection of live tables, poker rooms, and over four hundred slots, including Starburst.

Each of the three mentioned sites has a high rating from top interactive gaming info hubs. They are all widely considered as super-safe gaming options. That said, if none of the three are to your taste, you can simply Google – play Starburst online slot and look for an option that better caters to your needs.

Can You Play for Free?

To answer bluntly – of course. It is not only an option that you should keep in mind but a must-do if you have little to no online slot experience. Most gambling sites, like those mention above, allow for demo-play. That is when you spin reels with nothing on the line. You are test running the title using virtual funds. Usually, your play-money funds will be unlimited, but some sites may provide a fixed sum of around a few thousand. The goal of demo-play is to get a good grasp on the gameplay. To understand the intricacies of a given title before laying down real cash on its reels.

Again, it differs from platform to platform, but some sites will require that you create an account to enjoy demo-play, while others will let you test out their slots without registering. You can also search out casinos that feature reviews of popular games, and often these will have an embedded demo-play version above their title analysis, where you can practice. Alternatively, you can watch a YouTube video of someone else having fun on Starburst to comprehend its gameplay mechanics.

There has to be a most popular game in any genre, and for one reason or another, players have selected Starburst to be the overlord of all online slots. For eight years, this rudimentary reel-spinner has dominated the interactive gaming landscape, and there is no end in sight to its rule. While the source of its popularity is up for debate, no one can argue that many players have developed an emotional connection to it. It has aged well, and it is often partnered up with casino bonuses, a move that ensures that it will not fade away into obscurity any time soon.

Overall, we cannot lie and say that this is a thrilling slot, as it is a fairly mediocre game that has grown to become iconic. If you are into playing games of chance over the internet, you owe it to yourself to spin Starburst’s reels at least once. So that, when asked if you have, you can answer with – yes.

A top contributor to OnlineUnitedStatesCasinos.com, Shelly Schiff is an online gambling expert who has been writing about the industry for over a decade. Her specialty lies in all things slot-related, but she also has an abundance of knowledge to share regarding bingo and blackjack. In her leisure time, Shelly enjoys walking her dog, Garry, and listening to 1980s post-punk.