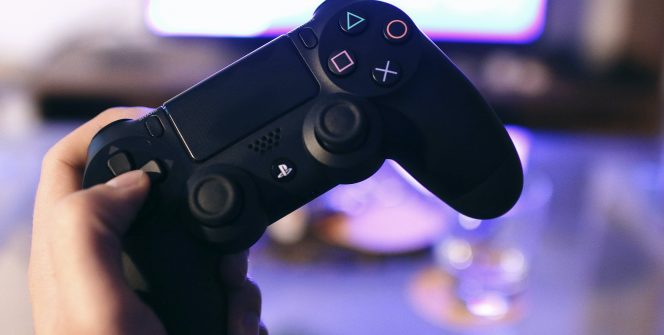 The combination of dark, psychological themes, one of the most famous stories ever told, and the action-adventure platform video game genre has created a breathtaking and brutal rendition of the world-famous Alice in Wonderland story.

Alice: Madness Returns ticks a lot of boxes. It is described as a psychological horror, hack and slash, action-adventure platformer. As you can probably guess, a lot is going on. It was released in 2011 and is the sequel to the widely popular American McGee’s Alice, released in 2000. McGee is most famous for his work on the Doom series, a strong indicator of where some of the game’s darker themes were derived from.

It is also inspired by and loosely based on the 1865 novel by Lewis Carroll, Alice’s Adventures in Wonderland. The story has had plenty of renditions, and retellings from numerous films, including Tim Burton’s star-studded Alice in Wonderland in 2010 and a television series called Once Upon a Time in Wonderland.

A board game released in 2019 titled Alice in Wordland is quite popular though, and there is even an Alice in Wonderland themed slot game titled Queen of Wonderland Megaways that can be found on the list of new online slot games alongside other slots that bear the Megaways mechanic.

The game is played from a third-person perspective; the player is looking over the shoulder of Alice Liddell. It is essentially a platformer so navigating the environment effectively is a crucial part of the game. The number of visible rose petals tracks Alice’s health bar. When there are no petals left, the player needs to restart from a checkpoint. Falling down a hole or drowning in dangerous liquids does not damage but forces and immediate load from the latest checkpoint.

In combat, the player has access to a small variety of weapons, but they are implemented very creatively. The primary weapon, impressively named the Vorpal Blade, is merely a glorified kitchen knife, while a pepper grinder turns into a Gatling gun, and there are a few others, but we won’t spoil the surprise by revealing them all here.

There are also plenty of secrets for the player to discover on each level in typical platformer fashion, and it is no easy feat finding them all. Many take clever use of items and the surrounding environment even to get the vaguest hint they are there. End game content consists of a New Game Plus mode, in which the player starts over from the beginning with all of their upgrades and gear, but the game is much more challenging.

The story of Alice: Madness Returns is dark and not for the faint of heart. It follows Alice, who is suffering from the trauma caused by her family home being burned down with her loved ones inside. The game begins with Alice being discharged from a psychiatric clinic and moving to an orphanage. She quickly decides that to get over her trauma, she needs to learn the truth about that night and promptly finds herself back in a Wonderland that has been corrupted by an unknown force.

It is difficult to discuss the story of the game much more without spoiling major plot points, so the last thing we’ll say is that there is an intriguing link between what is corrupting Wonderland and the problems Alice faces in the real world that makes the game incredibly satisfying to complete.

Rumours of a sequel being developed began almost as soon as American McGee’s Alice dropped in 2000, so it wasn’t an incredibly well-kept secret. The success of the first game only served to accelerate plans for Madness Returns. It was developed by Spicy Horse and published by Electronic Arts in June 2011. American McGee is listed as both the director and designer while R. J. Berg got the writing credit. It was created using Unreal Engine 3 for PC and console and will run seamlessly on any modern computer.

Ultimately, Alice: Madness Returns is a fun action game that has been mostly underrated and overlooked because of the wild combination of the game genre, the Alice and Wonderland story, and one of the creators of Doom. It is most certainly a unique take on one of the most famous stories of all time, and it will certainly take you on an adventure. Those who are brave enough to give it a try won’t regret it.