Why are Boxing Fans Being Ignored in the Gaming World? 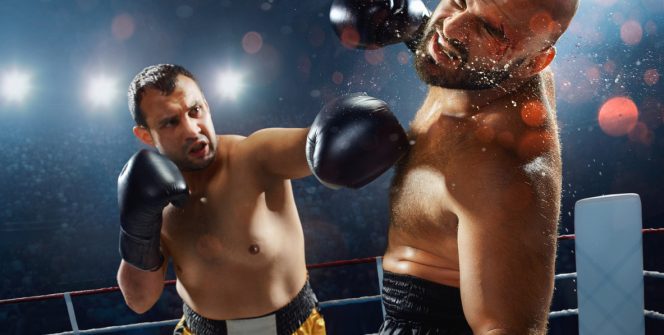 Remember the glory days of intense, fun, and overall competitive boxing games? It seems like an age since us loyal boxing fans had a game worthy enough of falling into the life of an insomniac, missing weeks of work, and possibly getting divorced for.

In fact, we have to go back all the way to 2011’s epic EA Fight Night Champion since a new game hit the shelves. It is, undoubtedly, the greatest boxing game of all time in many fans’ eyes. It represented a more comprehensive package than its predecessors, with an interesting story mode which was later adopted by EA’s FIFA franchise. While football dominates the EA offices – where staff undoubtedly discuss the latest football odds rather than upcoming boxing matches – fight fans are left in limbo.

EA Sports Have Other Priorities

It seems that way, right? EA Sports have been focusing explicitly on bringing a number of different sports to the forefront instead. Their UFC franchise is fun and has a lot of positives, but it is not boxing. Instead of leading Conor McGregor, Max Holloway, Stipe Miocic or any other of the fighters on the roster to immortal glory, boxing fans would prefer to be controlling Vasyl Lomachenko, Anthony Joshua, Terence Crawford, Roman Gonzalez etc.

Over seven years later, and the window for a new game which would undoubtedly strip the pockets of boxing and gaming fans across the world is still wide open. Other than EA Sports, no other studio or developer has offered any substantial interest in even attempting to produce a game of its kind.

Boxing legend Floyd Mayweather Jr. did recently state that he would be developing his own boxing game. Mayweather did not give any indication of when this game would be produced, adding that he would need to have significant financial incentives before he would lend his name to the game. It is something, at least.

Why are Boxing Fans Being Ignored?

There is no real answer. Seven years without a game is a long time. Any fan of the Fight Night Champion game will more than likely still own a PlayStation 3, given that there is no premier boxing game compatible with any of the newer consoles. This, in itself, is not acceptable, I tell you!

Boxing fans need a game to bring us the same level of fun that fans of other sports enjoy. More than that, we need to know what it would be like to control the wizard that is Vasyl Lomachenko. There is a new FIFA football game out every year, and we have seen a number of other games such as UFC, Madden etc. The demand for a boxing game to be released soon is huge, so it would hardly flop financially.

What would be interesting to see with the introduction of a new Fight Night game would be just how excited grown men would be. I mean, my son is almost as old as the last game, so having a new Fight Night would pretty much blow my mind. Imagine the scenes if this game comes out in the next year…