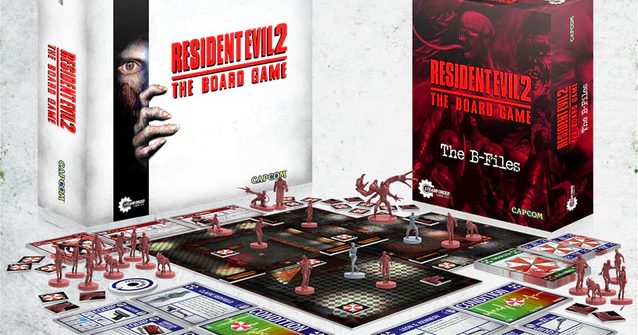 Steamforged Games, the company behind last year’s incredibly successful Dark Souls board game, has followed up with a new Kickstarter for a board game based on iconic 90s survival horror game Resident Evil 2.

Resident Evil 2: The Board Game launched on Kickstarter on the 25th of September and has already received more than £260,000 pounds in funding. Upwards of 3,600 backers have set aside their cash to support the project, with 28 days to go before the Kickstarter closes.

The game gives one to four players the ability to take control of Resident Evil 2 characters as they race against time to escape Raccoon City, a small city with a growing zombie infestation caused by biological weapons testing.

Throughout the board game, players will need to deal with limited ammo as they attempt to escape the city to safety. Steamforged Games noted that the game will build on the original Resident Evil 2 concept while adding some innovative new mechanics.

The Kickstarter has already exceeded its funding goal, with almost a month remaining before it closes to the public. The last Steamforged Games Kickstarter, for an official Dark Souls board game, ended up raising more than £3.7 million over the course of one month.

Resident Evil 2 has popped in and out of the news over the past few years, largely due to its acclaimed reputation as a classic of 90s horror gaming. In 2015, Capcom producer Yoshiaki Hirabayashi announced that a remake of the classic game was under development.