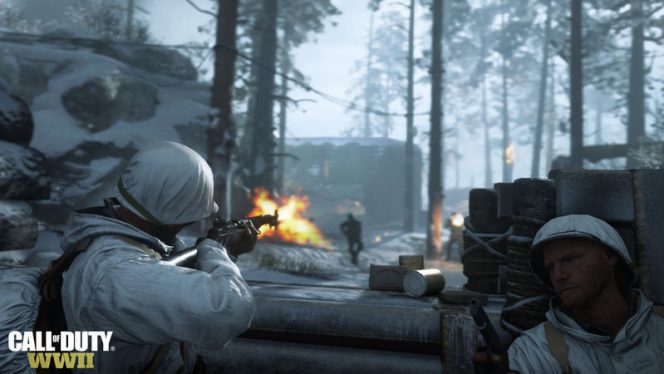 The multiplayer beta for CoD: WWII begins on September 29, meaning players will be able to enjoy the newest Call of Duty within a week. Since this is a beta release, expect a few issues and remember that the latest Call of Duty is unlikely to be perfect, at least just yet.

The beta will only be active for a few days, with the beta period ending on October 2. Take part and you’ll receive a “Beta Combat Pack” that contains a calling card, special emblem and war helmet for you to put to use after the game’s release.

Call of Duty: WWII is expected to hit shelves and digital download platforms in early November, with November 3 the current official release date.

Activision has already announced the content that will be included in the game’s open beta this month. The beta release will include four multiplayer maps, four multiplayer modes, progressive soldier ranks and five different divisions.

Players will be able to play as Infantry, Expeditionary, Airborne, Armored or Mountain divisions as part of the beta release. The beta will include player progression, with new equipment and weapons available as players make progress and level up towards the level 35 cap.