In the world of Football Betting, Finland Defeating Denmark Was a Costly Result for Some 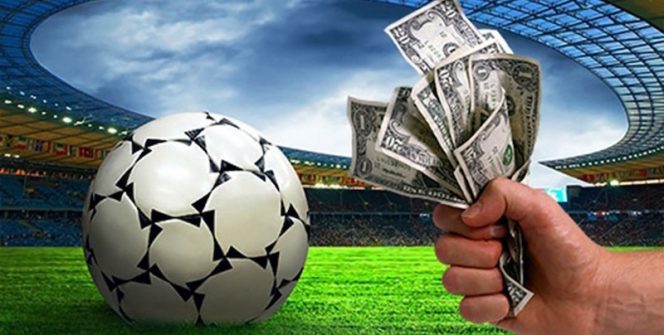 When Finland beat Lichtenstein 3-0 on the 15th of November 2019, it was history in the making as it meant that they finished second in their group and had qualified for their very first major tournament. The players on the pitch could not believe it, the fans in the stadium could not believe it – in fact, the whole nation could not believe it. It had taken them 32 qualifying campaigns to make it to a major football competition.

Ask any fan of the Finland football team that is old enough to remember the events of the 11th of October in 1997, and a tear will probably start to roll down their face before they give you an answer to your question. This was that fateful day where the Finnish team took on the Hungarian team in the last round of the qualifiers for the 1998 FIFA World Cup. If they went on to win, they would have made it to a play-off for a spot at the tournament.

Things were looking pretty good since they were 1-0 up with just sixty seconds of injury time left. Those who had used sports betting sites such as those found on suomiveikkaus.com to wager on Finland making it to the play-off match were probably already thinking about what they could spend their winnings on. With just seconds remaining, Hungary got themselves a corner, and swung the ball into the box, hoping for a bit of luck. This is exactly what they go. The Finns failed to clear their lines, and after a goalmouth scramble the ball was kicked against the back of the Finnish keeper and went in. This was the last kick and Finland’s dreams of playing at the World Cup for the first time were finished. You could hear a pin drop in the stadium as the Finns were shocked about what had transpired.

Many Finnish fans who were unlucky enough to watch that match have done their utmost to block it out of their memory. It is probably not an exaggeration to say that plenty still develop a cold sweat when they remember it.

Finland’s very first game at an international was against Scandinavian rivals Denmark on the 12th of June, and they went on to win it 1-0 thanks to a goal from Joel Pohjanpalo in the 60th minute. However, the Finns could not celebrate their first ever three points at an international competition how they would have liked to because the game was overshadowed by Christian Eriksen, Denmark’s best player, collapsing on the pitch and having to receive CPR.

The Inter Milan star collapsed with half-time just a few minutes away and received treatment on the field for 15 minutes before he was eventually taken off on a stretcher. The game was postponed, and the Danish players agreed to restart the match at 19.30 after they had received a video message from Eriksen telling them to carry on with the match.

Before the incident, the Danes had been much the better team, but their minds were clearly elsewhere as they were worried about their friend. In fact, Kasper Schmeichel made an uncharacteristic error when conceding the only goal of the game, while Pierre-Emile Hojbjerg missed from the spot. They had lost the game, but there was not a single Danish player or fan in the stadium or across Denmark that care about that – they just all wanted to know whether Eriksen was going to be okay or not.

The Finnish players, on any other day, would have been jumping up and down and celebrating loudly in front of their small section of fans but, to their credit, they had muted celebrations with their fans out of respect for Eriksen.

The Danish then went on to lose their next match 2-1 to Belgium to put them in the brink of elimination, but they rallied together against Russia and beat them 4-1 to make it through to the final 16 as group runners-up.  Finland finished third in the group and had a chance of qualifying as one of the best third-placed teams, but their -2-goal difference went against them in the end. Despite the fact that they were eliminated, we are pretty sure that their fans and players were happy to see their fellow Scandinavians make it through.

The Win Against Denmark Was a Costly Result for Veikkaus

Veikkaus.fi is a Finnish betting agency that holds the monopoly on gambling in the country as it is owned by the government. You would have thought that they would have made plenty of money from this result since Denmark were the clear favorites to win the game, but it just so happens that the Finns were feeling patriotic about being at their first international tournament and bet on their own team to win.

As a result of this Finnish sports betting, Veikkaus went on to lose about 1.7 million Euros. Juha-Matti Mäkilä, the director of the gambling company, went on to say that the losses for the match against Denmark was one of the biggest deficits that the company had ever experienced for just one match. He said that they have experienced similar losses in the past from people who bet on sports online, but these losses were accrued from numerous matches that took place on the same day and not just from one match alone.

We doth our caps to those who put their money on Finland to win because the Danes were overwhelming favorites to win this game. Most bookmakers would have had Denmark at odds of 1.60-1.80 to win the game, while they would have had Finland at odds of 6.00-8.00 to be victorious. Most football prediction websites also would have predicted that Denmark would win the game quite comfortably, and perhaps this would have been the case had Eriksen not had his career cut short. If you happen to be one of those Finns that backed your team to be victorious before the match started, we hope you treated yourself to a few well-earned beers after the game.