Most Popular Tournaments in the World 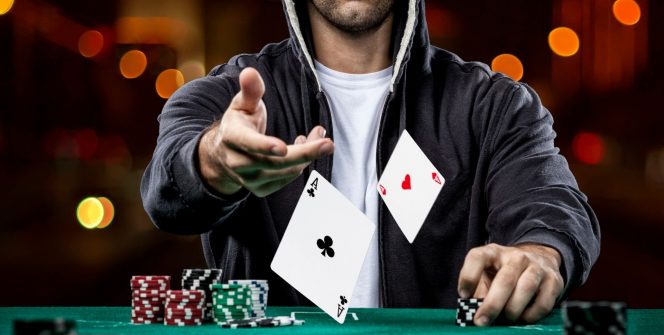 Poker as we know it today has been around for some 200 years. The game has developed incredibly over that time and is now played both in land based casinos and online. With millions of people around the world enjoying a game of poker, we have witnessed the introduction of many tournaments, some of which are worth huge sums of money. Let’s take a closer look at the most popular tournaments in the world, beginning with the World Series of Poker.

The World Series of Poker, also known as simply WSOP must be considered the biggest and most popular poker tournament in the world. It is certainly the most prestigious tournament and the winner is crowned the best poker play in the world. Thousands of people enter the competition and there are many variations available with perhaps the WSOP Las Vegas being the most popular.

You only have to look at the prize pool to understand just what a massive event it has become and in 2019 the prize pool of WSOP Las Vegas was an incredible $80,548,600. The winner alone took away a cool $10 million.

The tournament in Las Vegas is not the only WSOP event to take place and there are others throughout the world. The WSOP U.S Circuit, WSOP Europe Circuit, and WSOP International Circuit are all good examples plus there is an online version of the tournament. The WSOP Online Poker event has grown in popularity over the years and can be played at several leading poker websites including GGPoker.

GGPoker have recently struck up an official partnership with the WSOP. In 2020, the coveted golden bracelets can be won exclusively at GGPoker by players competing in the WSOP Online 2020. It is going to be a huge event and GGPoker will be the website of choice for this popular poker tournament.

Another of the popular poker tournaments played online is the World Championship of Online Poker. The WCOOP is contested by players all over the world with Texas Hold’em being one of the favoured games. In 2018, the main event of the WCOOP attracted 2,044 players with the winner taking away over $1 million in prize money.

There are many country specific poker tournaments that have grown in popularity over the past 20 years. The Australian Poker Championship, also known as the Aussie Millions, is a good example and this started in 1998. Past winners of this tournament have won in excess of $1 million. Other popular tournaments around the world include WPT Fallsview and Calgary DSPT Championships in Canada, 888LIVE Brazil, and 888LIVE Barcelona.

Despite every player entering a poker tournament to win for themselves, there are some events which are linked to charitable causes. The most popular in terms of audience numbers has to be the Big One for One Drop. This is a s a $1 million buy-in No-Limit Texas hold’em tournament and as you can imagine, it attracts a smaller number of participants than some of the events highlighted above. However, the tournament has raised over $16 million for the charity foundation One Drop and the prize pool for the tournament is in excess of $40 million.