How Technology Transformed Poker: From Backrooms to Computer Screens 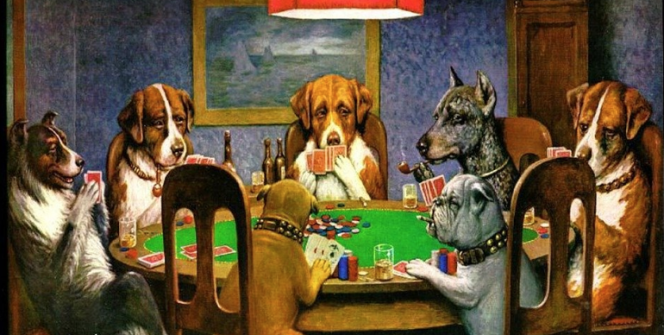 Virtually everyone in the world has either played poker, seen it on TV or heard of it. Indeed, even if you’ve never held 7-2 and bluffed an opponent, you’ve probably used the word “bluff” before. You might have even used the phrase “poker face” once or twice. Whatever your knowledge of and relationship with poker, you’ll know at least something about it. The question is, why?

Well, the answer is simple: it’s popular. Although estimates are hard to pin down, tournament provider the World Poker Tour (WPT) has calculated that there are 60 million players in the US and more than 100 million worldwide. Even if this estimate is off by a million or two, the fact remains that poker is now a global pastime enjoyed by the masses. However, this wasn’t always the case. Rewind 30 years and it was a dying sport. Casinos were gradually phasing out games in order to make space for blackjack, roulette and slots.

Technology Brings Poker Out of the Darkness and Into the Light

With live poker fading from the casino scene, fresh blood was drying up, and it was the only the old guard keeping it alive in smoky backrooms. However, just as it did for other industries, the internet stepped in and saved the day. In much the same way cryptocurrencies like Bitcoin are being touted as the future of finance, the internet gave poker a new lease of life. When developers found a way to recreate the act of shuffling a deck through the use of random number generators (RNG), it changed the game. The first online poker sites soon followed, and, by the late nineties, players were contesting free-play games.

Eventually, payment processors were added to the mix and regulators were brought in to oversee the integrity of games. With everything set, online poker was born and the stars quickly aligned. After amateur Chris Moneymaker qualified online for poker’s top tournament, dreamers started to dream. Moneymaker became a source of inspiration for millions after beating the pros and winning the WSOP Main Event. Instantly, everyone spotted an opportunity. Online poker sites quickly welcomed a wave of newbies and the money started to roll in. Between 2003 and 2004, the online poker industry became a multi-billion-dollar entity and it’s been upwards ever since.

In fact, what’s interesting about the growth of online poker is that it’s inspired spinoff innovations. Today, anyone of age can play the best video poker games via their desktop or mobile. Using the same technology as online poker sites, casino operators are able to offer a slightly different take on the game. From classic variants like Jacks or Better to jackpot games like Joker Poker Power Poker, there’s an array of options to suit all tastes. This is all down to the digitisation of gaming and, in turn, the rise of online poker. From this, the game has not only become more popular but a piece of our cultural fabric.

Indeed, phrases such as “bluffing” and “poker face” are not only used in songs, books and TV shows but common parlance too. Of course, poker was around long before the internet. Its roots stretch back to the 16th century. However, it went on the slide in the 20th century. Even though Texas road gamblers like Doyle Brunson were upholding a long tradition, it was far from the flavour of the month.

Thanks to the internet, all that’s changed. Poker is cool again and everyone wants to be the next Brunson. Whether you play it or not, poker is now well and truly part of the mainstream.