What are the text messaging apps that offer higher encryption? 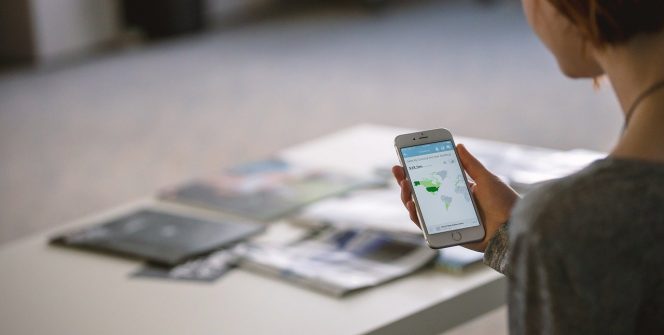 In today’s highly connected world, information has become a prized commodity coveted by just about anyone – from identity thieves to the government.

And that’s why it has become more important than ever that we keep our personal information a secret. While messaging apps have allowed us to stay connected with our loved ones, we often fail to ask these 2 important questions:

Our chat logs reveal far more about ourselves than we would think possible. From our political preferences to sensitive details about our personal lives – conversations between our friends and loved ones should remain private.

However as we’ve seen from the Cambridge Analytica scandal, it is clear that corporations and governments have no qualms harvesting our data.

Hence it is up to the common man/woman to protect themselves in an ever invasive world. And this is why the rising popularity of encrypted messaging apps is something that governments take very seriously.

So, if you’re looking to protect yourself and your information, take a look at the 4 best text messaging apps that offer higher levels of encryption.

When it comes to encrypted messaging apps, it doesn’t get any more popular than Signal. This free-to-use private messaging app has been endorsed for use by members of the U.S Senate and Edward Snowden himself.

Firstly, Signal is an open source platform messaging app that relies on donations and grants to survive. Because of this, the team behind Signal will likely not be influenced by the demands of their stakeholders unlike Whatsapp which was bought outright by Facebook.

Being based on an open source platform ensures that Signal’s security protocols can be freely reviewed by just about anyone. Thus giving the app a tremendous amount of transparency.

For added security, users can set messages to self-destruct after a certain amount of time has passed. And at the same time, the Signal team does not have access to decryption keys needed to unlock messages – making it impossible for anyone else to access your messages.

Arguably one of the most popular encrypted messaging apps in the world, Telegram is a free-to-use messenger service with a plethora of features.

First and foremost, Telegram uses end-to-end encryption for voice calls and group chats – letting you keep any discussions under wraps. Following this, Telegram has a feature that enables users to delete any files, photos, or videos that have been already sent.

And just like Signal, Telegram also features a self-destruct function for messages which is particularly useful if you do not want to leave a trail behind.

For added security, Telegram gives users the option of starting a secret chat. Secret chats encrypt messages end-to-end and do not allow messages to be forwarded. Also messages from the user’s end can also be deleted once they have been delivered.

All secret chats are fully decentralized, meaning that they are hosted on the device that telegram is currently installed on. Ensuring that third parties will not be able to gain access to this data.

Developed in Switzerland, Wire is another open source messaging platform with an emphasis on data privacy.

Unlike other apps, Wire applies end-to-end encryption automatically to all of the messages, files, and videos that you send. According to the team, this encryption process works in the background – meaning that you won’t even notice that it’s there.

For added security every new message sent is encrypted with an entirely new key. Thus significantly reducing the impact of having a hacker crack a single encryption key.

Being 100% open source, Wire’s source code can be readily viewed by any interested parties – something that goes a long way towards improving transparency.

Finally, Wire is fully compliant with both Swiss and EU data protection laws, making it one of the most audited messaging apps in the world.

Tezro combines the functionality of a cryptocurrency wallet with the connectivity of a messenger app. With Tezro, users are able to send encrypted messages to their contacts while also trading a variety of cryptocurrencies.

Built in with the app is a marketplace and escrow service that facilitates a variety of commerce activities. When making purchases, users can use Tezro to make payments in cryptocurrency while at the same time shopping for NFTs.

They also offer a very wide range of blog articles, including a list of the 10 Best Encrypted and Secure Messaging Apps for Android & IOS. Make sure to check it out.

And with that, we have our collection of the 4 top messaging apps that offer higher levels of encryption. But even with that, always remember to stay safe and practice good data hygiene.