The Evolution Of Online Gaming: How Has Gaming Changed For The Better? 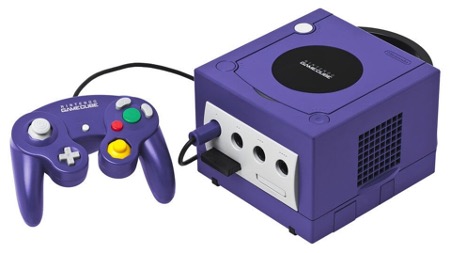 When you talk to anyone who has played video games in their lives, you will often find that everyone has started playing games with several different titles. Whether it be Sonic, Call of Duty or FIFA, several generations have been gaming for a number of years now. But how has it changed over the years? In this article, we will be providing you with insight into the evolution of gaming throughout the years.

Gaming has been a huge part of many peoples lives for several years now but with the beginnings of gaming dating back as far as the first game machine in 1940, there have been several examples of the best classic games. Though this is not the games that we love to this day, this technology and the first gaming system for a home would be the “Brown Box” in 1967. From here, emerging brands such as Sega, Atari and Nintendo began to begin creating the very best of cutting-edge technology to bring the very best of gaming to a new audience of people. These advancements in technology paved the way for major video game producers such as Atari and Sega who then went on to transform not only the traditional arcade games but revolutionise gaming as a whole to create what many of us know and enjoy to this day with our PC’s, mobiles and consoles.

Atari And The Beginnings Of Arcade Games

From the early development of technology, the main leaders in gaming at this time were Sega and Atari. Not only did this produce some of the best games for the genre at the time such as Sonic and Pong, but this was also the first introduction to several arcade games widely available to the public. With this and the introduction of the Sega mega drive and several other major consoles, the heyday of the arcade in the ’70s birthed a new era of gamers and families of gamers who have grown up with these brand-new games. One of the most popular consoles at the time was, of course, the Atari Pong and the Super Pong throughout the ’70s that later evolved into home gaming that we know today.

With the birth of personal computers has come to the introduction of them into everyone’s homes in 1977 this allowed for computing technology to be put in at home gaming systems for several different households. For those that had the funds, the Atari VCS was one of the most common gaming consoles selling a grand total of 250,000 machines in the first year of it being on sale. Though this console only had one 10 games and bought a huge amount of entertainment to a huge number of people.

From here, the multiplayer at home console evolved substantially with several other major selling consoles such as the PlayStation one and two as well as the Nintendo Wii, Xbox and other huge consoles running better graphics and faster processors for a fully immersive experience that has bought smiles to people’s faces for generations.

As the console has continued to evolve, so too has the personal computer. With faster processors, amazing graphics and the ability to play console games on their PC. This has presented opportunities for not only developers but a number of the top online gambling sites to provide the best online casino games. Whether you are a gamer who likes titles such as Among Us and multiplayer games or you are looking to join like blackjack tables with a number of your friends online, the evolution of the computer and online gaming has presented several amazing opportunities for several existing companies as well as new and emerging businesses.

This new form of PC gaming has also revolutionised the marketing of the gaming industry as Twitch and Youtube have allowed for new marketing techniques for several of the leading developers as well as producers of Indie Games.

The Shift For Mobile Gaming

While console gaming is still hugely popular for many gamers around the world, many of the leading developers such as Ubisoft and Nintendo have become to re-create some of their leading titles on mobile devices. With the likes of Call of Duty and Mario Kart all having a mobile edition, many are wondering whether our phones will soon become the future of gaming in this next phase of evolution. With Google introducing Stadia as well as the introduction of the Game Pass onto Samsung Devices, it is looking as though this could be the new form of gaming on the move any time anywhere.

Whether you are new to gaming or you have been gaming for a while now, several changes on the horizon could revolutionise the future of the industry and the games that we are playing daily.