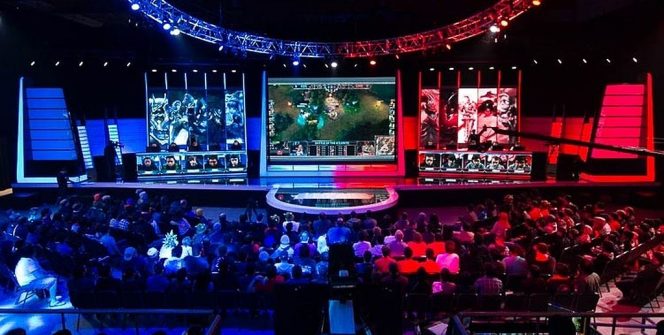 Forget football and cricket, the fastest-growing sport today is live gaming. The gaming industry has boomed worldwide beyond the earliest players’ wildest dreams. Playing computer games or video games has gone from being merely a hobby to an acknowledged spectator sport.

The beautiful thing about gaming is that it allows people who might not be able to play traditional sports to become a part of a team and a community they would otherwise miss out on. Through the online gaming communities they get a sense of belonging just like players of any other sport.

Through the digital revolution, competitive e-sports have now earned its recognition as a professional sport and it keeps evolving. It is traditional sport’s digital counterpart. Just like in football and basketball, the strategies become more important than individual skills as you go to a professional level.

But sport is not the only industry that gaming has had an influence on. For long, it’s been in the lead in terms of advancing with the use of technology. An industry it seems to have inspired is the one of online casinos. Similar developments are predicted for the future of both industries, one example is the implementation of virtual reality.

Bringing the element of virtual reality is something that could be a game changer for both. Although gaming and online casino playing are very different it is highly attractive in both forms for the players to be able to enter and live in the world in which they are playing without leaving their home.

Of course, the games in online casinos differ massively from the games played in e-sport, which is reflective in current legislation with their main difference being that one is defined by chance and one by skill. Arguably, there are selective few traditional casino games that also rely on skill such as blackjack. Having mathematical skills will assist your success and available strategies can be found on sites such as https://www.mrgreen.com/en/blackjack. In blackjack the objective is to beat the dealer and, similar to gaming, it is your skills that will determine if you win or not.

The older generation would possibly feel slightly faint if we suggested that video games also would have inspired modern theatre. But in a digital era we can only expect immersive technology to also influence our culture.

Theatre and video games can appear to be very vastly different from one another. But if you take a closer look, they have got some similarities and are moving closer together. In the last 30 years, the experience of playing video games has had a huge effect on the way we engage with stories. We can see similarities in immersive theatre productions that use promenade performance and site-specific play. Immersive theatre places the audience members into the scene and sometimes even allow them to be involved in the action.

The world of gaming is still growing and so is theatre. Their overlap is very subtly developing more and more. Whether you are in a game or a performance, you still search for a story and have the same urge to explore.