Loot boxes under threat in the US and Europe: Is Battlefront 2 the microtransaction that will break the gaming industry’s back? 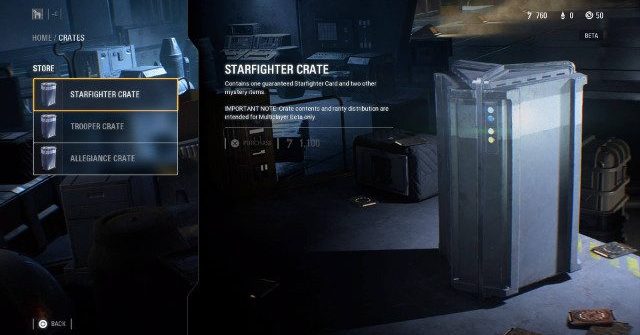 2017 has been the year when the AAA games market fully embraced the Loot Box, and fans aren’t happy. What had started out as way for the likes of Zynga to make money off the back of free social games has been steadily introduced into big-budget games as diverse as Mass Effect 3, GTA and Overwatch. However, up until very recently, these microtransactions could only be used to buy cosmetic items such as new skins, or in the case of GTA, new vehicles. At most, you might be able to pay to access a side-mission. The actual game progression itself wasn’t directly tied to the purchase of a lootbox, and in most cases the player could quickly and easily grind their way to achieving the bonus features anyway.

However, some of this year’s AAA releases started to charge extra for actual gameplay, and the subreddits responded in typical fashion. Middle-Earth: Shadow of War had a final ending which could be reached without spending cash, if players spent dozens of hours collecting enough Orcs. But the real stinker has been Battlefront 2, which was only released a couple of weeks ago. Despite retailing at the standard AAA game price point of $60, this eagerly-awaited Star Wars sequel starts off with all its heroes locked, and the grind to unlock them takes a full working week, or, as the most downvoted reddit comment of all time put it, it takes 40 hours to unlock Darth Vader. Of course, you can bypass this gruelling grind by purchasing some in-game loot boxes, a fact which just enraged the gaming community further.

But Battlefront 2 hasn’t just managed to annoy tens of millions of fans worldwide. It has also drawn the attention of law makers from the two world’s largest trading blocs, who are now on the warpath against loot boxes generally. First the Belgian Gambling Commission, who have already successfully outlawed online mobile casinos, concluded that the way games such as Batttlefront 2 randomized their pay-to-win schemes was identical to video slot machines. Belgian Minister of Justice Koen Geens stated, “Mixing gambling and gaming, especially at a young age, is dangerous for the mental health of the child.” Geens added that Belgium would work through the European Union to achieve a total ban, raising the prospect of loot boxes being prohibited throughout Europe.

Next up was the State of Hawaii, where state representatives called Battlefront 2 “a Star Wars themed online casino designed to lure kids into spending money.” They say they are looking at bringing in legislation next year which could prohibit the sale of these games to children who are under age, and are in discussions with other states who are considering the same issues.

Loot boxes have been a huge money spinner for the gaming industry in recent years, and are one of the reasons why retail prices have not risen in a decade, despite the growing cost of producing high-end games. With resistance from both consumers and law-makers on both sides of the Atlantic, it is likely that we will see a return to loot boxes being used only for cosmetic purposes, as Overwatch has done so successfully. More edgy, adult titles such as Grand Theft Auto will not be as constrained so much as family-friendly franchises like Star Wars, but if the EU takes the view that randomized schemes constitute gambling, then we may see the mechanics of the loot box change. Perhaps it will move to pay-for-a-defined-reward model, unlike the current system.

Whatever happens, while 2017 may have been the year of the Loot Box, 2018 could well be the year that the pissed-off AAA gamer strikes back.