Escape From Tarkov Tips and Tricks 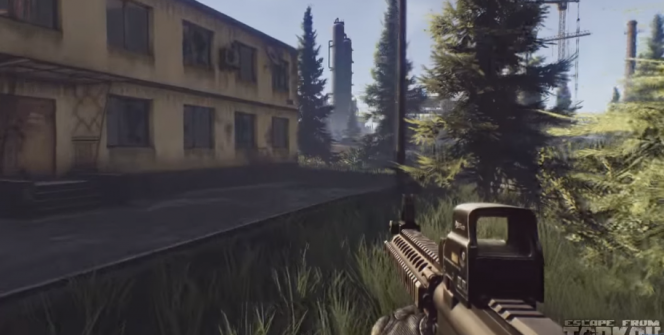 Finally, somebody just bought Escape from Tarkov. Well done. Now prepare for a kind of experience that that will keep you scratching your head at least in the beginning. It’s such an in-depth game. However, all is doable, and here is some Escape from Tarkov tips and tricks that will prove handy. Also, battlelog.co being one of the most famous providers for Escape from Tarkov Hacks, undetected EFT cheats with aim-bots, wall hacks, and ESPs will help you level up quickly.

Escape From Tarkov Tips and Tricks

Their objectives may vary but they entail killing other operators or picking some items for various traders. Either way, they accrue you some precious points and also enable you to unlock new trader loyalty levels. All this will prove handy when you want to gain access to places that require quest completions and also help in the purchase of more items.

Escape from Tarkov provides 435 health points that are spread between your head, arms, stomach, and legs. If they indicated green color, they’re okay, red means they are hurting and need immediate treatment while black indicates big trouble. In as much as you can treat most parts by using medkits, once the limb goes black it’s hard to heal it traditionally.

Just like in our normal lives, having insurance on your Escape from Tarkov’s gear is vital. It gives you a chance of getting back provided other players haven’t stolen it. I would recommend you go with Prapor in place of the Therapist. However, despite being cheaper, the former takes longer before getting into your arsenal.

Unlike most of the other shooting games where you need to mind on the actual ammo used, with Escape from Tarkov you just need to be keen on penetration means. Endeavor to always aim for head or chest.

With Escape from Tarkov, hitting your opponent isn’t easy and you must ensure your characters don’t have a variety of injuries to enhance their accuracy. Hand injuries will negatively affect their aiming abilities and you have to bandage them lest they bleed to death. For optimal health and performance of your players, keep on checking any injuries on the top-left corner of your screen and act accordingly.

SCAVs are scavengers that have cool-down timers so you don’t play them all the time. Luckily, with them, there’s no risk of losing your gear. What’s more, you won’t be attacked by the ever roaming AI SCAVs thus allowing you to safely navigate around portions of the map that would normally be impossible.

Having an image of the map you’re playing on will help you escape from imminent trouble. Battlelog.co being one of the most famous providers among others can help with varied community maps that can help learn call-outs, discover new routes seamlessly, and get new extraction points.

These are the only personal containers where you can safely store your gear or something else and be able to retrieve it even after being killed or looted in a raid. Whereas their sizes vary depending on the version you are using, even the most basic variant can turn the worst raids into profitable ones depending on how well you determined what to keep in your secure containers.

Endeavor to get yourself better gear whenever you have flea market access. Have at least three gears. This will help remove the fear of losing your gear thus making you a better player in the long run. Unless you enjoy it, don’t develop a habit of going into a raid with no spare gear. Doing so will adversely affect your ability to go into firefights even after becoming an experienced player.

Once your income improves, invest in hideouts. This will provide for cheaper ammunition production- the key to success in the Escape from Tarkov. The faster you upgrade your hideouts, the faster your income stabilizes.

Funny enough, once you accept that you’re dead, that’s when you start living in Tarkov.

Last but not least, avoid working alone. Together we stand, divided we fall. Invite some friends and fight alongside them in the original system.

As you’ll notice, sound is a vital part of tactics in Escape from Tarkov. Understanding and interpreting the sounds you hear is important in staying alive in this game. If you’re using hacks, being one of the most famous providers, battlelog.co will get you probably the best weapon supplies.