Bitcoin: How to Buy It? 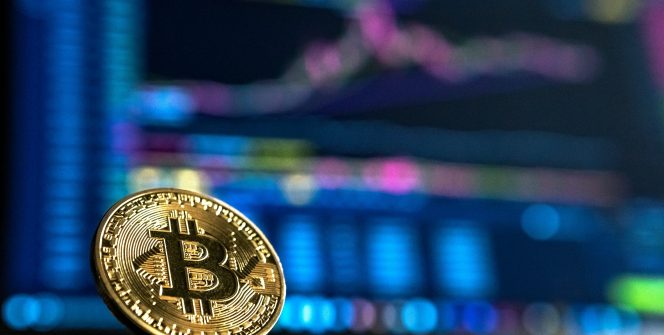 Over the years, places for cryptocurrency purchase have evolved. It started out in the underground markets wherein the transaction goes from one person to another and has never been publicized. Compared today, cryptocurrency is now used in a variety of trustworthy places wherein transactions are evolving and growing continuously. Here, the transactions are way easier as they became modern and accepted by society. Now, our topic is about how to buy Bitcoin.

The first way to buy Bitcoin is by using cryptocurrency exchanges, which refers to the platforms wherein a hard-earned cash is used to buy bitcoin. It is operated generally by a centralized identity that facilitates trades between sellers and buyers through an order book. In addition to that, the funds are stored inside an exchange that guarantees easy and quick access to assets. To invest in bitcoins, you can visit Pattern Trader

The exchange’s success is pushed by high-trading volumes that provide liquidity for placing orders, selling or buying, and having it filled. A lot of these services, including Gemini or Coinbase, ask for personal information to abide by the regulations in the United States and abroad known as the know-your-customer (KYC) and anti-money laundering (AML).

These centralized exchanges have an alternative, which is known as the decentralized marketplaces. Here, the trades are directly conducted between two parties without any facilitator or controlling centralized authority in the trade. Funds are also not stored in the exchange to provide an ability to the users to control their funds without trusting any custody from a third party.

One well-known example of this is the LocalBitcoins, which is a decentralized marketplace allowing sellers and buyers to come together and conduct direct trades with one another. Here, a lot of options are going to make the bitcoin purchase, such as Moneygram, PayPal, and Venmo payments easy. There are also other options, including the Khyber Swap that is a trustless and easy one when buying and selling cryptocurrency. This platform opens an order book yet asks for an Ethereum Dapp wallet use like the Metamask for transferring and storing funds.

The next thing we have is by using Bitcoin ATMs. We are sure that almost everybody knows how to use an ATM, and from that, purchasing bitcoin through it follows. However, bitcoins are not able to be purchased on a regular ATM; instead, it must be done on a special bitcoin ATM that accepts cash bills as an exchange for bitcoin. Here, it only needs a cash deposit so that the machine will release a slip of paper containing the bitcoin balance and new wallet information. After that, the paper can now be taken to another ATM machine and withdraw the cash at a later date. The bitcoins can also be spent anywhere as long as it is accepted.

Unfortunately, ATMs for bitcoins are yet to be universal. Also, these are located minimally across the world. So, for you to find one, you need to check the Bitcoin ATM Radar to help you locate a nearby bitcoin ATM machine.

Unused gifts are common when using bitcoin, but for it to not be a waste, you can try turning it into bitcoins. This can be done by using a site called Paxful that allows a user to purchase new bitcoins with the unused gift cards. Here, you only need to look for potential buyers of unused gift cards and ask for bitcoins as the payment. This kind of tactic is an ideal and recommended one since unused gift cards are not commonly used. Let your waste be turned into gold.

Now that you are aware of how to buy bitcoins, challenge yourself, and apply it.