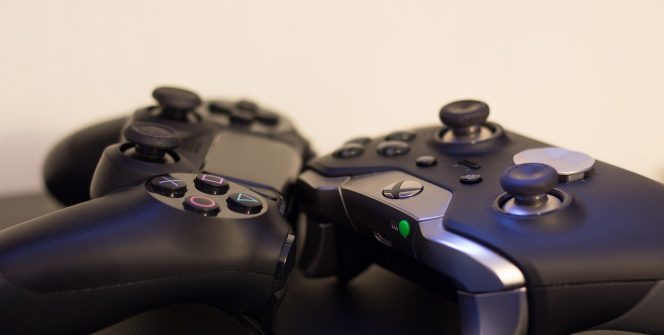 Another end-of-year is upon us and 2019 has once again been an excellent year for gamers. Especially for those who used genting promo code. This is a great opportunity to reflect on some of the best titles that have been released this year. The top five picks are:

This title marks Codemasters’ return to serious off-road games. Even though it has come just after Dirt 4, it manages to cement its status as one of the top rally games in recent times. The title is primarily meant for hard-core rally enthusiasts and newcomers may struggle to get to grips. Dirt Rally 2.0 offers some of the best-looking graphics in any rally game to date. This is especially true when the track is wet. The driving dynamics are excellent and the developers have worked hard to improve low-speed handling. This game might be a little tricky for the inexperienced, but it can be absolutely satisfying.

Codemasters continuing their tradition of excellent F1 games with the latest iteration that manages to take the magic even further. Even though improvements over the predecessor are not substantial, F1 2019 manages to hit all the sweet spots. Unlike the real version, it is actually possible to get strong competition on the track. Some of the disappointments include the rather small modifications compared to the 2018 version. This is especially true in the case of the career mode. However, there are some new features for online races. It is easily the best racing title that depicts a highly popular championship in the world.

Call of Duty has been one of the popular FPS games and the latest iteration has plenty of things to be excited about. The story mode makes a much-awaited return, while there is a better feel to the movement and happens in the multiplayer mode. Zombies section has been given a much-needed break and Spec Ops has been provided the limelight for the 2019 edition. Since Call of Duty campaigns have always been entertaining, this game has a lot of reputation to live up to. It manages to meet those expectations and go beyond thanks to impeccable graphics, which have become better as the years have progressed.

This is a long-standing third person action game that lives up to the reputation of an incredible series. Even when changing hands to The Coalition, this title has been able to live up to the high standards set by predecessors. The storyline is filled with a lot of twists and turns, while there are new additions to the gameplay formula. The campaign is a strong point of the title, but there is also a multiplayer section that adds to its versatility.

This title has everything from a brilliant storyline to deep combat options. There is comprehensive tutorial that should help beginners get into the fighting depths offered by this game. The gory associated with the title may be a little too much for some viewers, but it makes it to the list as one of the jaw-dropping titles around this year.