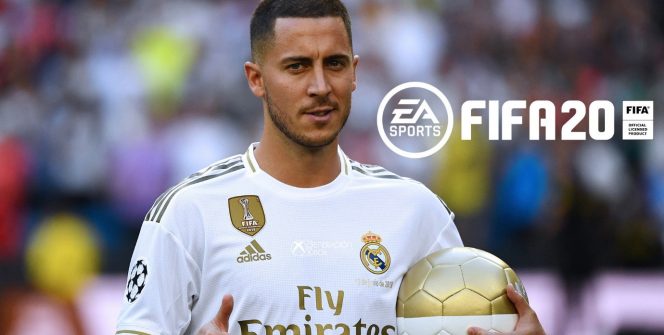 We like to think of FIFA games as offering a fair reflection of reality. By and large it does that, but it’s also the case that its measurements don’t always factor in real world influences and trends. Indeed, consider that the current FIFA 20 game does not feature Liverpool in its top five teams in terms of overall rating. That’s despite the fact that Liverpool are the current European Champions, and it holds a 14-point gap over Manchester City in the Premier League.

There is an old maxim in football that says that a team can be greater than the sum of its parts. In FIFA, at times, it’s the opposite rule, where the individual players add up to more than the team’s true value. FIFA isn’t always far off, but the brilliance of the team on paper doesn’t always translate on the pitch.

In light of that, we are going to look at FIFA 20’s five top rated teams, and judge how they are faring in the real world:

Top of La Liga, sure, but Barcelona is certainly not the same side as it was at the beginning of the decade. Indeed, defeats have come at the hands of Levante, Granada and Athletic Bilboa already this season. Barcelona are ranked as 5/1 (Betfair) third favourites for the Champions League behind Manchester City and Liverpool, but there still seems to be too much reliance on Lionel Messi. The Argentine – ranked as the best player on FIFA – is miraculous, but he can’t do it all on his own.

A perfect example of what we are talking about: Madrid boasts a wonderful collection of players at the Santiago Bernabéu, but it is going to take time for them to gel. In saying that, Madrid is joint top of La Liga, only lagging behind Barcelona on goal difference. More telling, however, is the 20/1 price given by Bet365 for Madrid to win the Champions League. That, more than anything, shows Madrid’s slide in the last couple of years.

If this had been written a few months ago, we would be advocating to see Manchester City at the top of the rankings. However, City have struggled in the Premier League, and now find themselves locked out of the title race. They are favourites for the Champions League at 7/2 with several bookmakers, however. The struggles of the top teams suggest it’s going to be unpredictable in the knockout stages, so check the prediction and tips from the experts of freebets.co.uk before you bet on any team.

In our view, Munich have no business being in the Top 5; certainly, it’s Munich should not be ranked higher than Liverpool and Paris Saint Germain. Munich currently sits fifth in the Bundesliga, and the team is struggling for consistency under Hans-Dieter Flick. We used Champions League odds as a metric for objectivity earlier, but we also disagree with the bookmakers’ assertion giving Munich odds of 7/1 to lift the trophy.

If you haven’t played FIFA 20 and are wondering who the heck Piemonte Calcio is? Don’t worry, there is no gap in your football knowledge – it’s Juventus. The image rights for the Serie A giants have been taken by PES, so FIFA had to get creative. The real Juventus is also not having everything its own way at the moment, and the team is locked in a tough battle for the Serie A crown with Inter Milan. A 12/1 price for Champions League glory looks about right – if Juve can keep Cristiano Ronaldo fit and firing.