Looking Back At Rick and Morty: Virtual Rick-Ality 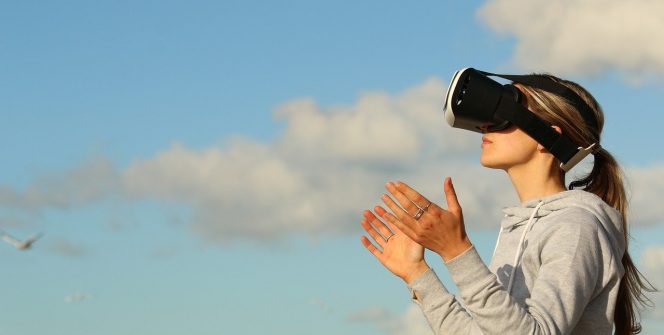 With the wonderful news that Owlchemy Labs are finally working on another virtual reality (VR) game, now is a great time to go back and review one of the company’s masterpiece games – Rick and Morty: Virtual Rick-Ality.

Owlchemy Labs are legends in the VR space. They’ve been around since the early days of virtual reality, when everyone was convinced it would quickly become the primary mode of gaming across the globe. It hasn’t played out that way, and uptake of VR has been relatively slow in the gaming space, but that has nothing to do with the efforts of Owlchemy.

The company’s games have been so popular that Job Simulator was even bundled with the HTC Vive as a launch title for the headset in 2016. It was bought by Google in 2017 and went on to create the highly acclaimed Vacation Simulator in 2019. Since then, the company has been relatively quiet, and we’ve finally found out why.

Between being acquired by Google and launching Vacation Simulator two years later, the company released another game, the one we are here to talk about today: Rick and Morty: Virtual Rick-Ality. Now, we’ve already established Owlchemy’s credentials as one of the premier makers of VR games in the world, so the announcement they were going to make a game themed around animated TV show Rick and Morty was met with much excitement and anticipation.

You see, Rick and Morty were – and still is – one of the most popular television shows on the planet. It first aired in December 2013 on Cartoon Network’s more mature, late-night programming block called Adult Swim. It quickly grew a cult following that catapulted the show into the mainstream, and it now has millions of fans all over the world.

In addition to Owlchemy’s VR game, the show’s popularity has led to a ton of other video games being created based on Rick and Morty, such as Rick And Morty’s Rushed Licensed Adventure in 2015, Pocket Mortys, which was a parody of Pokemon, and there is even an official Rick and Morty Megaways at some of the top PA online casinos such as Unibet.

If you look at the company’s other work, such as Job Simulator, you see a talent for turning the mundane into something entertaining. Rick and Morty are already fun, so the potential for this title was massive. However, the potential for failure was just as high due to the lofty expectations being placed on the game. Thankfully, Owlchemy did not disappoint.

If you aren’t a fan of the show, and even if you have watched every season multiple times, many of the objects and intractable in the game are literally alien. There are all the things you might expect, like the awkward-looking wobbly plumbus, but many others you will have never seen and not be able to make sense of just by looking at them.

This is all part of the humour, though, and you are helped along in-game by the incredible voice acting of Justin Roiland, one of the co-creators in voice actors of the TV show, who instructs you on how to use the objects littered around the world… mostly. World-class sound design has always been associated with Rick and Morty, and this title adds another arrow to that quiver.

In terms of gameplay, if you are familiar with Job Simulator, it won’t take you long to get the hang of Virtual Rick-Ality. The garage has three areas you can teleport to. Even though you aren’t able to go on adventures with Rick and Morty, you do have a wristwatch communicator that means you are constantly bombarded by the latter’s constant humorous banter and demeaning quips.

While Rick and Morty are out galavanting, the house becomes a sandbox area where the player can move wherever they want and interact with puzzle mini-games that allow you to charge batteries or play a 30th-Century version of Space Invaders. Also, once you’ve finished your main task, the game opens up entirely into a free-play mode.

Rick and Morty Virtual Rick-Ality is a solid addition to the burgeoning VR genre that reinforces the reputation of Owlchemy as premier virtual reality video game producers and cements Rick and Morty’s popularity with another quality entry to the wider franchise.