What are Megaways slot games? 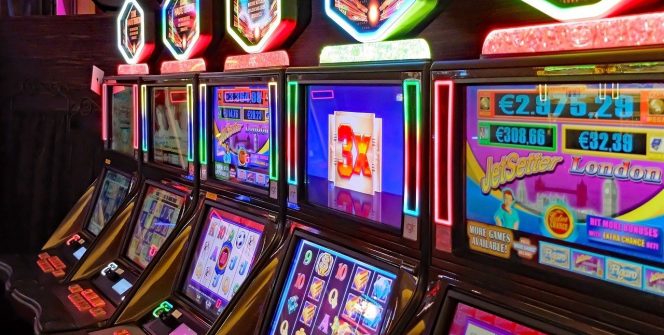 Slot games are one of the easiest types of casino game to play. That is one of the biggest reasons why they have become such a popular form of online gaming.

Gaming on computers and mobile devices is a form of entertainment that is on the rise generally, but slots are leading the way.

However, while these games definitely have global appeal, it is the UK where online slots are most popular. Research has shown that people in the UK love slots games and may even have started the trend towards them in other countries.

What choice of slots is there?

Aside from their simplicity, the other big reason for the popularity of slots is the choice available. There are thousands of online slots on the market, Wink Slots machines for example offers a wide range of slot games with different themes.

Many developers spark the interest of players by producing games based on hit movies or television shows. Others look to make the games more enticing by adding new features to them: for example, Megaways slots.

Since they were first launched, Megaways games have come to be one of the most widely played types of slot. So, what are they and why do people like them so much?

What are Megaways slot games?

The very first Megaways slot to appear at casino sites was called Bonanza. This title was launched five years ago, and its instant success has led to many more since then.

The idea for Megaways came from Big Time Gaming, a developer based in Australia. The company promoted it as a completely new way to play online slots and that was not an exaggeration.

Megaways is the name of the engine that drives the gameplay and it adds a random reel modifier to the games. This means that the number of icons on each reel can vary each time you spin it, with the variance usually being between two and seven.

That greatly increases the chances of players scoring matching reels and cash payouts. Megaways slots provide players with up to 117,649 ways to win and can produce payouts of as much as 50,000x what the player originally bet.

With stats like that, it is not hard to see why Megaways slots proved an instant hit with the public; especially as these games also feature all the usual fun themes and bonus games of standard slots. The latest example of this is Gimme Gold Megaways, a game with a theme inspired by western gold prospectors.

What are the best Megaways slot games available?

Megaways slots are multiplying almost as fast as the payouts they offer, but some stand out as particularly strong games. These are the best Megaways slots to play right now.

This is the game that started the whole Megaways craze. It was launched in 2016 and from the start it looked like no previous online slot.

The game setting is a gold mine, with a waterfall and hill as the backdrop. From the strange layout of the reels to the unusual music, players knew straight away that this was something different.

Bonanza Megaways introduced the features that got everyone excited. These include Reactions, which replaces any winning symbols automatically and brings further wins without needing to spin again.

Rainbow Riches was already a long-running and very popular slot, before the Megaways engine was added to it. That move has given it a second lease of life among slots lovers though.

This is an Irish themed game, complete with lush green meadow, rainbow and leprechaun. All of that remains in the revised version, but the features have been souped up.

Rainbow Riches Megaways boasts a maximum of 117,649 ways you can win with each spin, which is the classic Megaways format. It also offers the potential for huge multiplier payouts through its cascading reels feature.

Gimme Gold Megaways is the newest online slot to feature Big Time Gaming’s engine. This has a similar gold theme to Bonanza, being inspired by old-time prospectors.

The cascading reels and multipliers again make it a game that players can win very big sums by playing. This is combined with other excellent bonus features like Free Spins.

Gimme Gold Megaways also has the colourful graphics and sound effects that players expect from a slot in 2021.

Rick and Morty is one of the biggest hit shows on US television, so a spin-off slot was inevitable. Fans of the comedy and slots will be delighted it has been given the Megaways treatment though.

This slot has all the win-maximising elements, such as the cascading reels. However, it adds unique elements of its own too.

The most notable is Mystery Symbol, but the three different free spins options are also fun and money-spinning. This is a great game for people who love the show and also like to spin a slot sometimes.

Megaways is a slot game innovation that has really transformed this market. By increasing the size and frequency of the cash payouts available to players, it has changed their expectations.

Now we are seeing popular existing slots given Megaways makeovers, as well as new ones, and eventually the majority of them may use the engine created by Big Time Gaming.