What are the principles of character illustration? 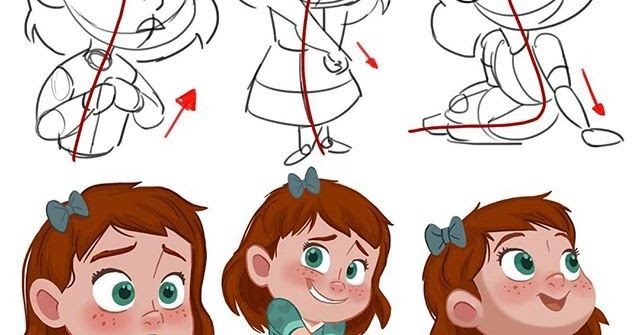 Many games are associated primarily with their characters. Character design can show the setting, visuals, and narrative of the entire product.

So, character creation is an important part of the game design of the entire game. There are a lot of methods for working out character concepts, and the effectiveness of these techniques depends on the genre and style of the project.

There are also universal techniques – for example, the design of different variations of the character’s appearance on a flat background. This is one of the classic ways to introduce a character to a development team, investor, or audience.

A story of character design

Character design can serve a variety of purposes. Some games are suitable for heroes, the whole essence of which is read at a glance. But there are 4 projects where the character’s motives may (and should remain!) Not clear to the player until a certain plot twist.

To convincingly present a character in context requires the following:

Without a doubt, the character should fit the atmosphere of the entire game. If the setting is black and gloomy noir, then a bright character with a cartoon style will look strange. Its primary colors should resonate with the visual style of the game.

The final character design is also greatly influenced by perspective. We are talking about the technique of depicting an object (in this case, a character model) inside the game.

For example, 2d character of the hero in retro games has an impact on his later variations.

Through the clothes and accessories of the hero, you can demonstrate the plot and narrative.

The visual design of the hero combines his personality and beliefs, culture, and occupation. He, as mentioned above, must fit the setting. Therefore, you cannot start working on the concept of a character without deciding on the visual tone of the game. Character design pricing depends on these details.

The game can be created with an emphasis on realism – or artistic stylization. Be literal or full of metaphors. Joking or serious. It can represent different periods, a different society. And since the characters do not exist in a vacuum, their costumes should reflect all this, like in Kevuru games.

The concept artist needs to keep in mind:

The appearance of 2d character design

Also, when developing a concept, the character of the hero should always be taken into account. It manifests itself in many ways in emotions. And what demonstrates the character’s emotions better, if not the face?

To make the character’s emotions expressive and understandable, the artist should study anatomy and keep a mirror nearby while working.

The easiest way to create complex facial expressions is based on six basic emotions. These are happiness, sadness, anger, disgust, fear, and surprise.

For example, an artist needs to create a concept for a happy character. It is not enough just to portray a smile, as many people would suggest. Yes, you need to part the corners of the lips to the sides, but also to expand the nostrils, raise the lower eyelids. For more effect – more readable happiness – you can raise your eyebrows and open your mouth.

The same techniques work with sad faces: the corners of the lips are lowered, the lower lip is drawn in, the eyebrows are drawn together. If you draw a wrinkled forehead and add tears, then the character’s sadness will become even more noticeable. Poorly controlled anger and outright anger are also very different when drawing facial expressions.

But the most important and interesting thing is that basic emotions can be mixed. This is achieved through a combination of facial movements. This is shown more clearly in the arts below.

Taken together, the hero’s face and costume are the most important parts of his visual design. Experienced concept and character artists can convey not only the character’s appearance but the entire game through the appearance. And besides, the design of the character allows both to reveal his place in the story, and, conversely, to hide his true intentions. That is, it directly affects the narrative.